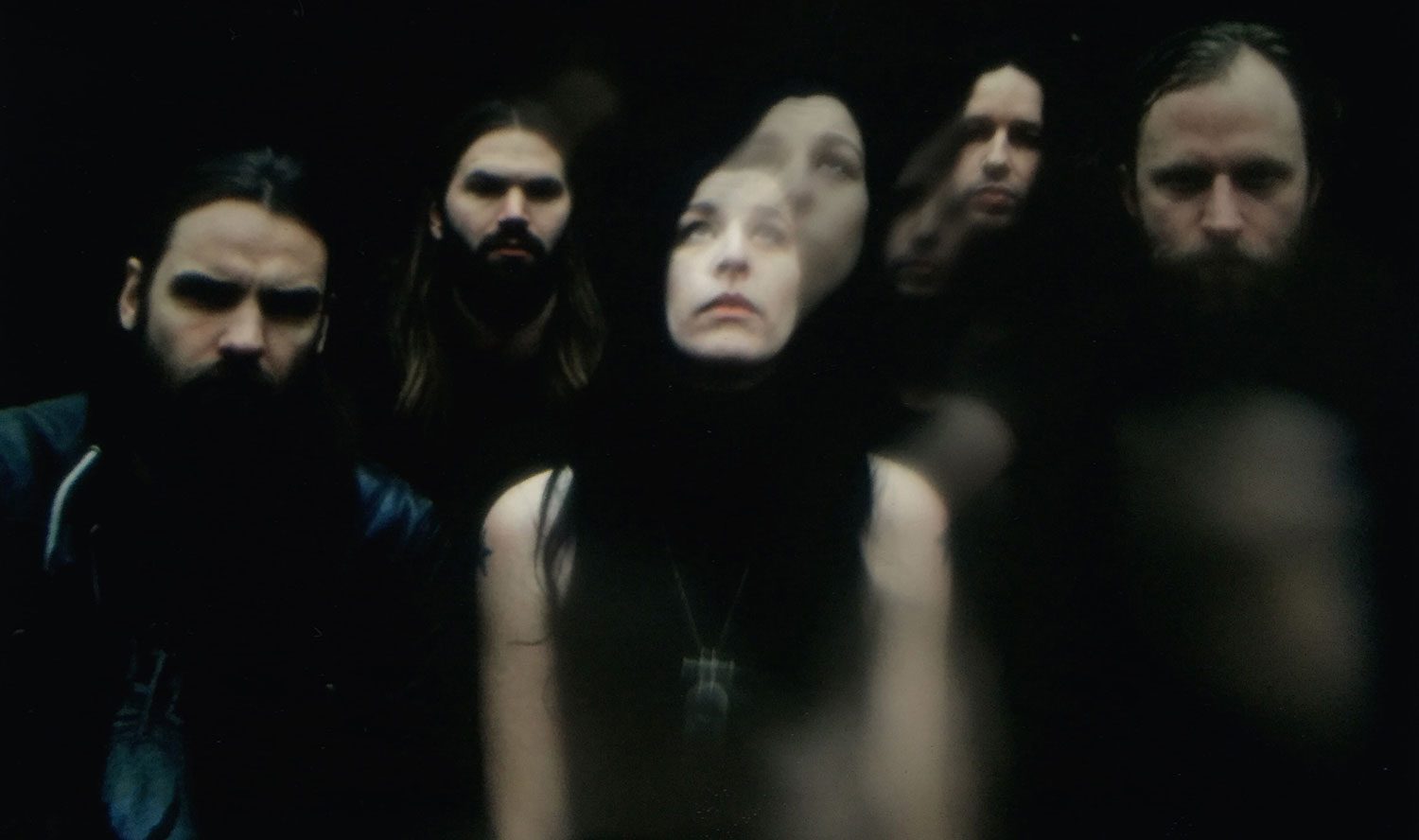 Audibly influenced by bands such as Sisters of Mercy and Sonic Youth, DOOL bends these sounds to fit its own vision, giving birth to an ominous new entity. Led by striking singer Ryanne van Dorst (Elle Bandita) alongside guitarists Nick Polak (Gold) and Reinier Vermeulen (The New Media), bassist Job van de Zande (The Devil’s Blood, Malkovich) and drummer Micha Haring (The Devil’s Blood, The Hands), DOOL has become a hotly-tipped underground buzz band on the strength of its captivating debut single, „Oweynagat“ and a red hot live performance at this year’s Roadburn Festival, where the group exceeded expectations as the respected fest’s 2016 ‚Roadburn Introduces…‘ artist.

Now signed to Prophecy Productions, DOOL will see the release of „Oweynagat“ on both CD and vinyl this September. The band is currently recording its as-yet-untitled full-length debut, scheduled for release in January, 2017.

Dutch for „wander!“, the sound of DOOL is a call to let oneself float freely and weather the storms of everyday life, taking flight into the wild unknown…

ALBEZ DUZ
Initially formed as a one-man side project by Eugen Herbst, the band’s ominous debut was recorded in 2009 with singer Lars Kaeding; but after Kaeding’s death, the band stepped into the shadows for the next three years. With a lingering fire and purpose, Herbst continued to write for Albez Duz, and after an exhaustive search crossed paths with Alfonso Brito – whose voice seemed destined for the project. In September 2014, the duo brought the band’s second album, „The Coming of Mictlan“, to life via Iron Bonehead Records. They began performing live shortly after.
Albez Duz has since shared the stage with iconic acts such as Primordial and Swans – as well as other rising talent including Bölzer, Ascension and Hexvessel. In a short time, the Berliners established themselves as a force in the European underground and elicited high praise from both critics and audiences alike.
In 2016, Albez Duz has released its third full-length album “Wings of Tzinacan“ with producer and audio engineer Michael Zech [SECRETS OF THE MOON, TRIPTYKON, ASCENSION]. Guitarist Julia Neuman and Bassist David Petersen have joined their ranks, solidifying the band as an unstoppable power quartette. With performances at Speckjaga Funkenflug Festival, In Flammen Open Air, De Mortem et Diabolum, Phantoms of Pilsen, Nihilistic Arts Festival and more, Albez Duz’ flame is burning higher and brighter – ready to cast a spell on the globe and initiate a new chapter in doom. The gates are open!