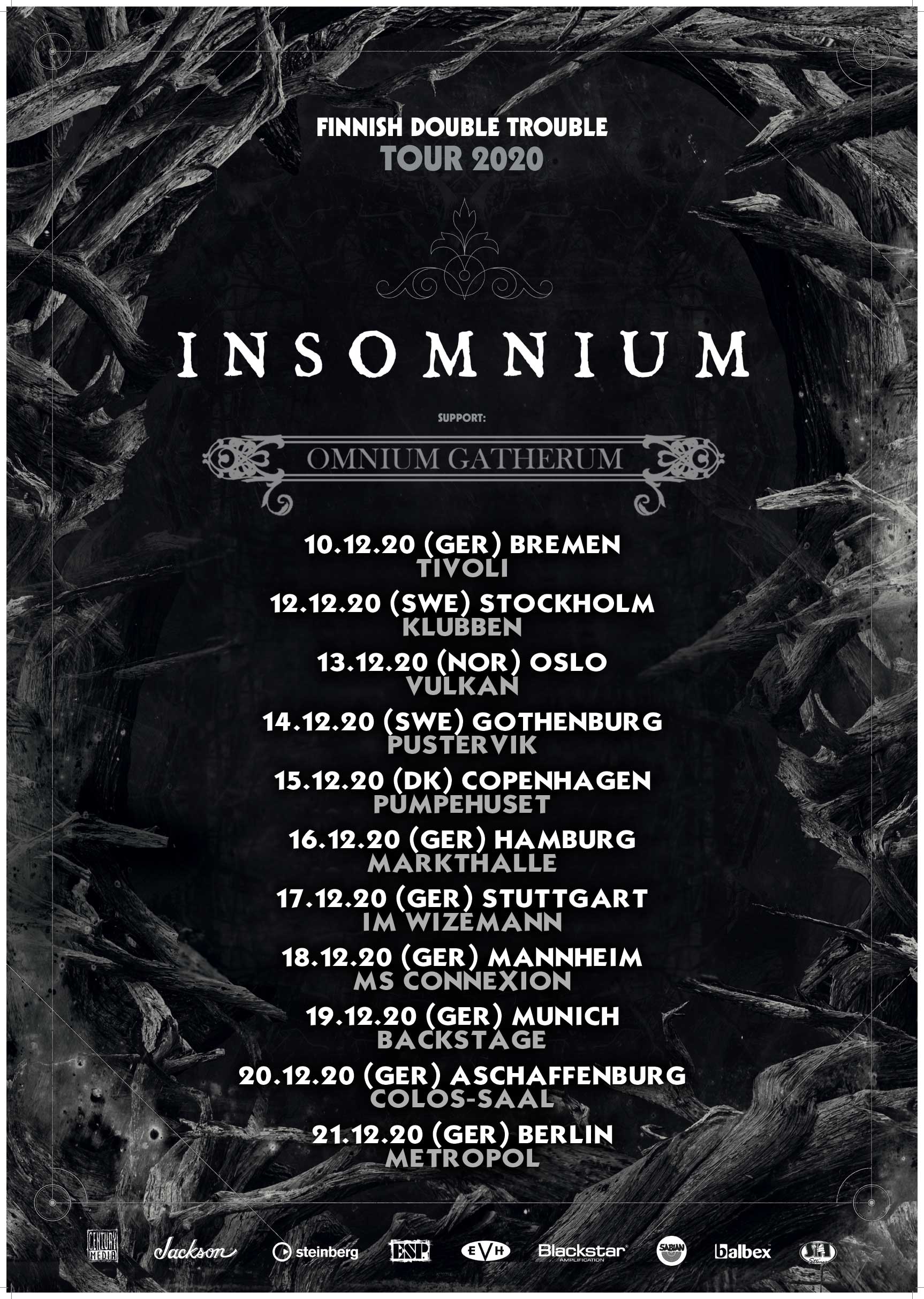 Strange and formidable things may grow from humble beginnings. Back in 1997, in a remote town of Joensuu, beyond the great vast forests of eastern Finland, some teenage metalheads got together to play loud and fierce music, drink beer and have fun. Little did they knew that two decades later they would be saluted as one of the spearheads of their genre, preparing to release their 8th studio album and embark on another world tour.

Since 2011 Insomnium’s line-up has been Markus Hirvonen, Ville Friman, Niilo Sevänen and Markus Vanhala. This quartet forged albums Shadows of the Dying Sun (2014) and Winter’s Gate (2016) which elevated the band to the headliner status all over the globe.

In 2018 it became apparent that guitarist Ville Friman could not combine the heavy touring anymore with his another career as a lecturer in York university. Hence the band decided that a third guitarist was needed to get the machinery running properly. They did not have to look far, since certain Jani Liimatainen (The Dark Element, Cain’s Offering, ex-Sonata Arctica) had already been a live guitarist on several tours. So blood oaths were done, toasts raised and unholy contracts signed, and the band became a quintet.

With this new line-up and upgraded firepower Insomnium began writing their 8th studio album. Consisting of 10 songs and over an hour of music Heart Like a Grave (2019) evolved to be an epic tour de force of Finnish melancholy, drawing inspiration from some of the bleakest tales, lyrics and poems of the north. With four composers in the band the sound of Insomnium is now richer and more versatile than ever before. And yet the essence and core of the music is the same as 22 years ago. The tree grows new branches but the roots go deeper into the black, rimed soil.