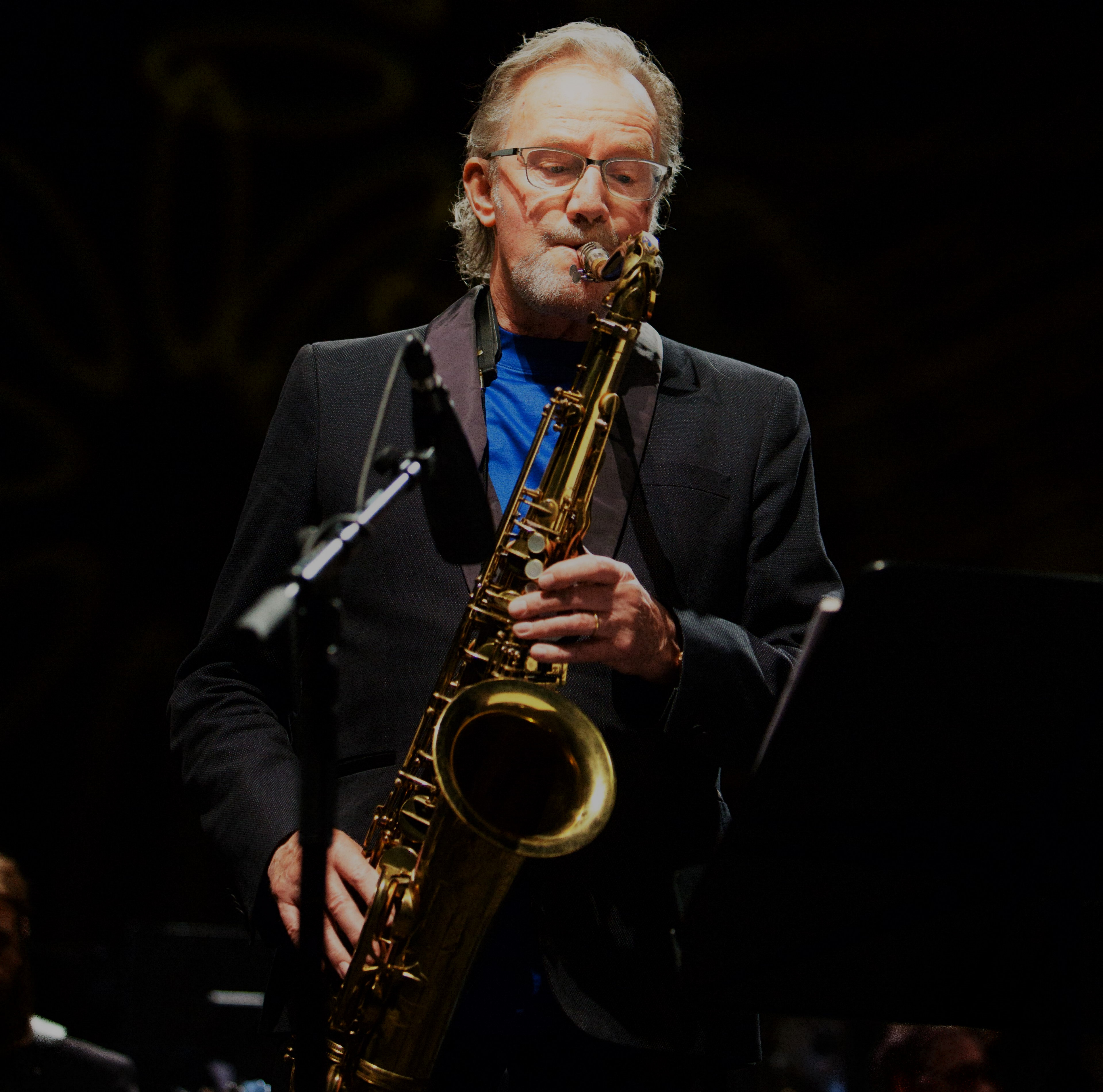 Join us for what will be a truly memorable night, in the company of the great John Helliwell, his distinctive saxophone playing and famously dry wit, a stunning big band and the unforgettable music of this legendary supergroup as you’ve never heard it before.

The set of stunning new arrangements includes famous tracks such as The Logical Song, Dreamer, Breakfast in America, Crime of the Century, Take the Long Way Home, Goodbye Stranger & It’s Raining Again alongside some less well-known gems from the group’s catalogue of hits spanning two decades

The line-up is the usual jazz big band instrumentation – trumpets, trombones, saxophones and rhythm section. Playing versions of Supertramp tunes, arranged by members of the band, John Helliwell as the chief soloist.

John Anthony Helliwell (born 15 February 1945 in Todmorden, Yorkshire, England) is an English musician and the saxophonist and occasional keyboardist, woodwind player, and background vocalist for the rock band Supertramp.He also serves as an MC during the band’s concerts, talking and making jokes to the audience between songs.

Helliwell played with The Alan Bown Set, replacing Dave Green when he joined in January 1966, before joining Supertramp in 1973 along with bassist Dougie Thomson, who convinced Helliwell to make the move. In 2004, Helliwell formed the band Crème Anglaise with Mark Hart, who had joined Supertramp in 1985. This group recorded their eponymous debut album in 2005.

In 1987, Helliwell played on Pink Floyd’s album A Momentary Lapse of Reason; his name was misspelled as “Halliwell”. This was after Pink Floyd guitarist David Gilmour had played on Supertramp’s album Brother Where You Bound. He also played on the third album of French singer Jean-Jacques Goldman in 1985.

During a professional lull in the 1990s, Helliwell began studying for a music degree at the Royal Northern College of Music in Manchester, but he discontinued his studies to join Supertramp on tour when Some Things Never Change was released. In 2004, Helliwell contributed saxophone work on the Simon Apple album “River To The Sea”.

Helliwell contributed clarinet to The Pineapple Thief’s song “Fend For Yourself” from their Your Wilderness album which was released in 2016.