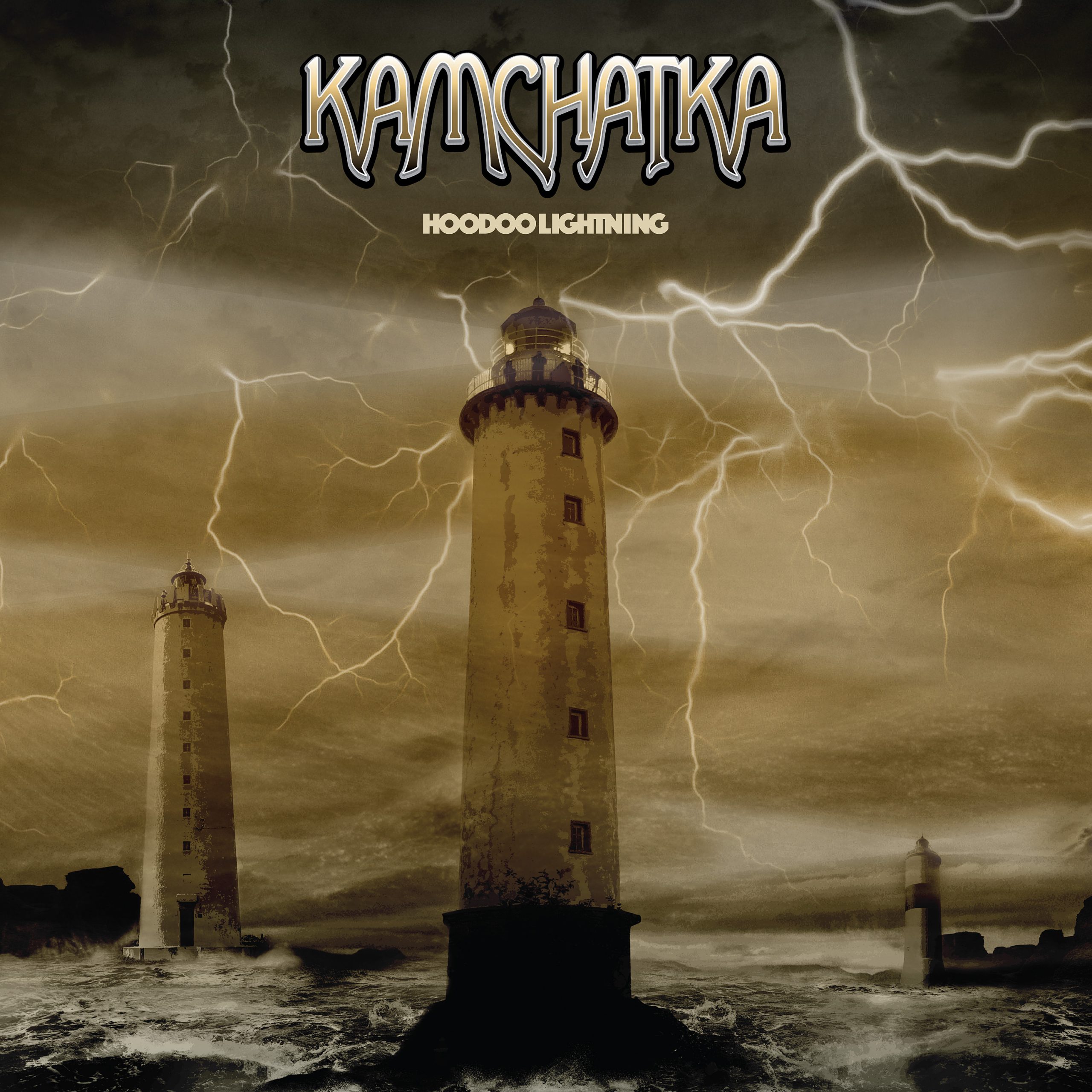 After an unforeseen break during 2017 due to various injuries and surgeries Kamchatka came back last year to play live again. What was supposed to be a few low key gigs to get back together and write some new music quickly turned into 50 shows, headline tours, support slots and festival appearances. The band also recorded and released a well received 7-inch on the German boutique vinyl label H42 Records with 2 new exclusive tracks.

-I think all of us were a little bit surprised about the interest from European promotors after our break and not having any new released material under our belts, but it also made us more confident in recording a new album. Some of the shows we played in ’18 were the best ones we’ve ever done in the 15 year history of the band so I was definitely looking forward to write new songs.

One step back but two steps forward might be an appropriate way of describing Hoodoo Lightning as all the signature ingredients we’ve come to know are there. The guitar wizardry and heartfelt vocals from Thomas Juneor Andersson as well as the rock solid swinging rhythm section of Tobias Strandvik & Per Wiberg are present as always and guides the listener through all the rock and roll twists and turns imaginable.

-We’ve never been a band that have relied on any studio-trickery. The joy of playing music together is the foundation for this band so when recording that’s what we do, we play the songs together until we’re happy with what we got. I’d like to think there’s more of an edge to the performances this time though. We just went for it and didn’t play it safe at all but that’s what makes it exciting.

Sonically it’s a grittier Kamchatka we hear this time and it’s evident that there’s a new level of energy shining through Hoodoo Lightning, a more confident take-no-prisoners kind of attitude and closer to the uncompromising experience of seeing the band live. Also introducing the shared lead vocals from Thomas & Per on many of the tracks gives the power trio format an extra punch and a wider dynamic range as well.

-Since both me and Thomas sing it’s cool to mix it up and share verses and choruses. I’ve always liked rock bands that have two or more lead vocalists, like Kiss, Grand Funk & ZZ Top for example. It brings more life to the songs I think and also underlines the fact that we’re a band. Obviously it’s fun and entertaining for both us and the audience in a live situation as well and it takes away a little of the pressure of having one guy doing the majority of the lead vocals.

As usual the music itself is heavily rooted in the 60’s & 70’s but Jonas Kjellgren has managed to avoid all the pitfalls of the slick retro sound and instead found a great balance between an up to date powerful in-the-moment sound with lots of creative details. Combined with the classy as ever songwriting and vigorous performances it’s the sound of a band who knows what they want and what they’re good at!