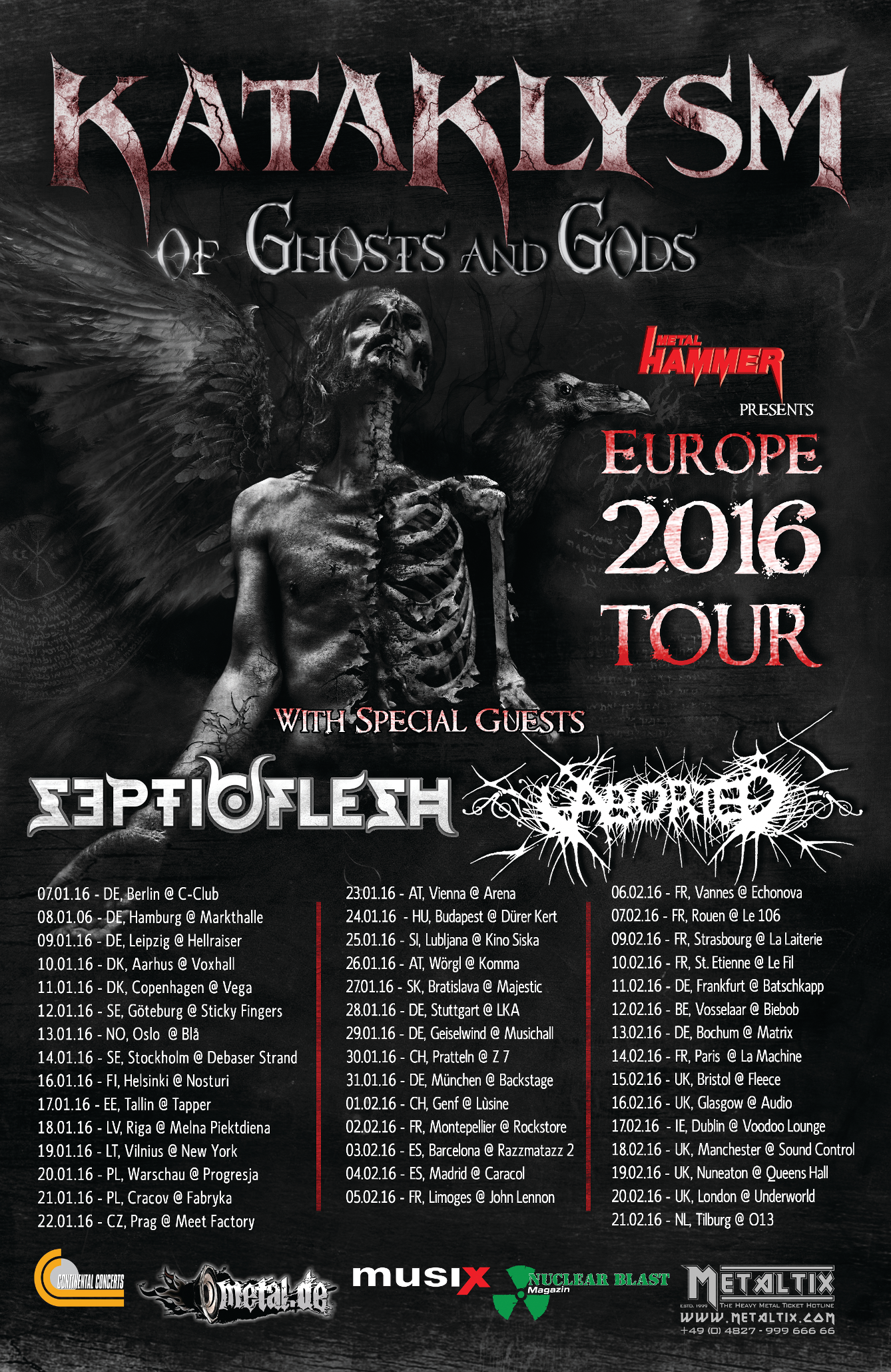 KATAKLYSM are back – like a train that can’t stop its raging momentum.
With the completion of their twelfth studio album, »Of Ghosts And Gods«, the band is prepared to unleash an aural assault of the best kind among the masses. Today, the band announce their “Of Ghosts And Gods” European tour 2016.

Mastermind Maurizio states:
“It’s been a little awhile since we have visited the clubs and theaters of Europe, the last run was incredible as we remember it well, this time we come stronger then ever supporting the bombastic “Of Ghosts and Gods” with an unprecedented 44 shows across the old continent as we will be visiting new cities and also countries such as Norway, Finland, Estonia and Latvia for the very first time… excitement is an understatement! We will be bringing a full Kataklysm show so you can feel the real experience our way and we bring with us our brothers: the Greek titan kings of SepticFlesh and Belgian gore masters Aborted to bring the power and the blood in true Kataklysm tradition. The tour will be in January / February, so come start the year the right way and experience this sonic assault when it comes to destroy your town“.

»Of Ghosts And Gods« will be released July 31st.
The artwork from KATAKLYSM’s explosive new album was done by up-and-coming dark and macabre artist Surtsey (www.facebook.com/ocvltadesigns). The cover’s sinister artwork depicts the reality of humanity’s beautifully disturbing existence and its impending death through the mortal and the everlasting. The background shows an ancient incantation written in Aramaic.