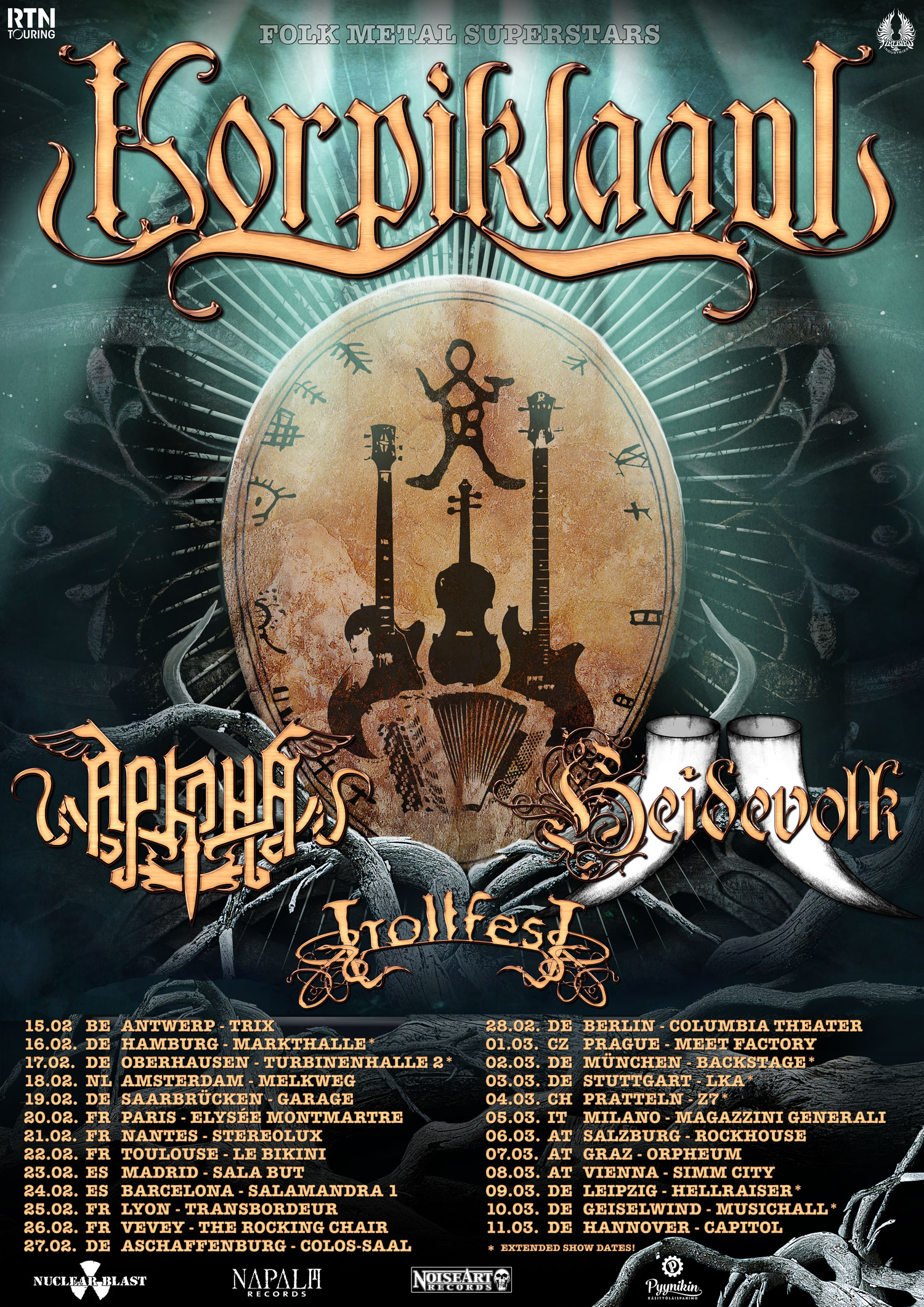 Folk metal superstars KORPIKLAANI will be hitting European stages once again with their Russian companions in ARKONA and Dutch folk metallers HEIDEVOLK; all will be presenting new songs. This great folk metal line-up will be completed by trve Norwegian balkan metallers TROLLFEST.

KORPIKLAANI will be supporting their first ever DVD, “Live at Masters of Rock” and currently in process of writing for the follow up to Noita, for an early 2018 release.

ARKONA and HEIDEVOLK are also in the studio working on releases for either end of 2017 or early 2018,
TROLLFEST released one “Helluva” album this year.

All 4 bands have a long history with their first releases around 2003-2005 and all sing majority in their home and even own language, as in the case of Trollfest.

Each band has their own unique sound and influences from their regions, bringing together each other’s culture and traditions, all united with a passion for heavy music.
KORPIKLAANI’s Country Cane commented:
„Finally we can announce tours again – we are so excited that we cannot wait any longer to tell you! It is going to be one »Helluva« party with our Pagan Metal Brothers and Sister with ARKONA, HEIDEVOLK, and TROLLFEST. Dear friends and great drinking buddies; this promises to be one of the most fun tours of the year! Great people, great music and sure to be great fun!“