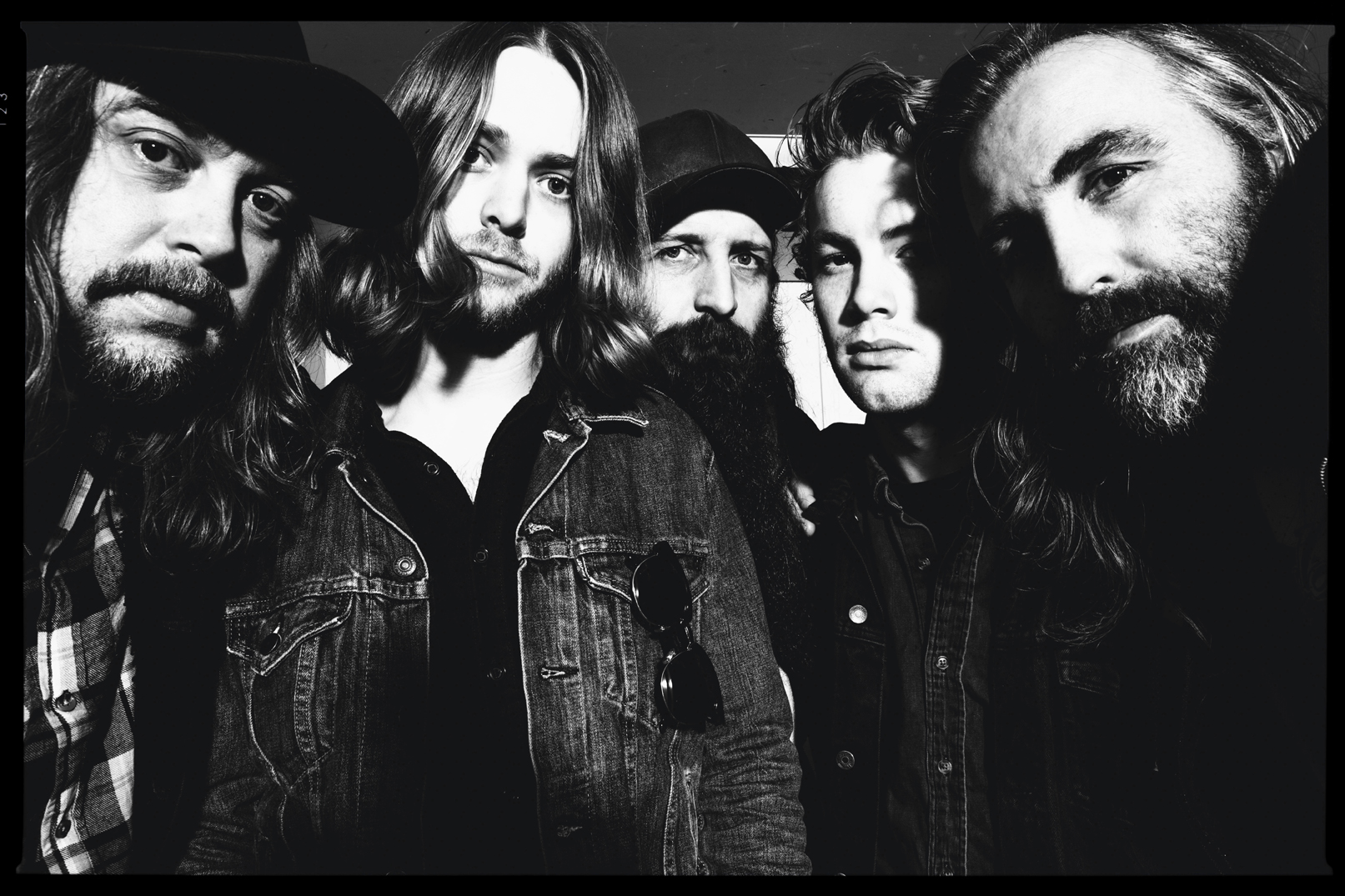 There is ‘retro rock’, a fun throwback to the heyday of guitar music, and then there is ROCK. Can you spot the difference? Lonely Kamel from Oslo, Norway don‘t give a damn about your vintage denim jacket and bell-bottoms. “Death’s-Head Hawkmoth”, their fifth full-length record, is a testament to the true spirit of heavy rock. Beginning with their first LP in 2008, Lonely Kamel made a splash in the European heavy rock scene owing to a tasteful balance of blues and stoner rock with flourishes of psychedelia. In the ten years that followed, the caravan of Norwegian rockers left their mark all over the continent, leaving 3 more full-lengths and countless busted eardrums in their paths. Death’s-Head Hawkmoth shares much in common with the band’s previous albums — for example, a predilection for the kind of no-nonsense rock that is instantly recognizable and satisfying. Yet Hawkmoth is a darker trip: there is a menacing in between the record grooves, perhaps reflecting our current turbulent times. The band has grown immensely since their beginnings and their joy in playing and crafting records shines vibrantly. Thomas Brenna and Stian Helle’s massive guitar and bass riffs are offset by Espen Nesset’s unpredictable and shifting drum beats, then counterposed by fantastic solos peppered throughout the album by band members and guest musicians. The album’s seven songs run the gamut from huge, stoned riff fests to explosive, punk-tinged speed runs, tied together by slow-burning and even epic songs like the closer “The Day I’m Gone”. The use of warped effects and sound clips ingeniously enhance the psychedelic atmosphere underlying the album – sometimes sinister and sometimes hopeful. The record was recorded and mixed in
Norway and mastered by Grammy-winning engineer Brian Gardner. The result is an immense rock record that is a joy to be bowled over by.