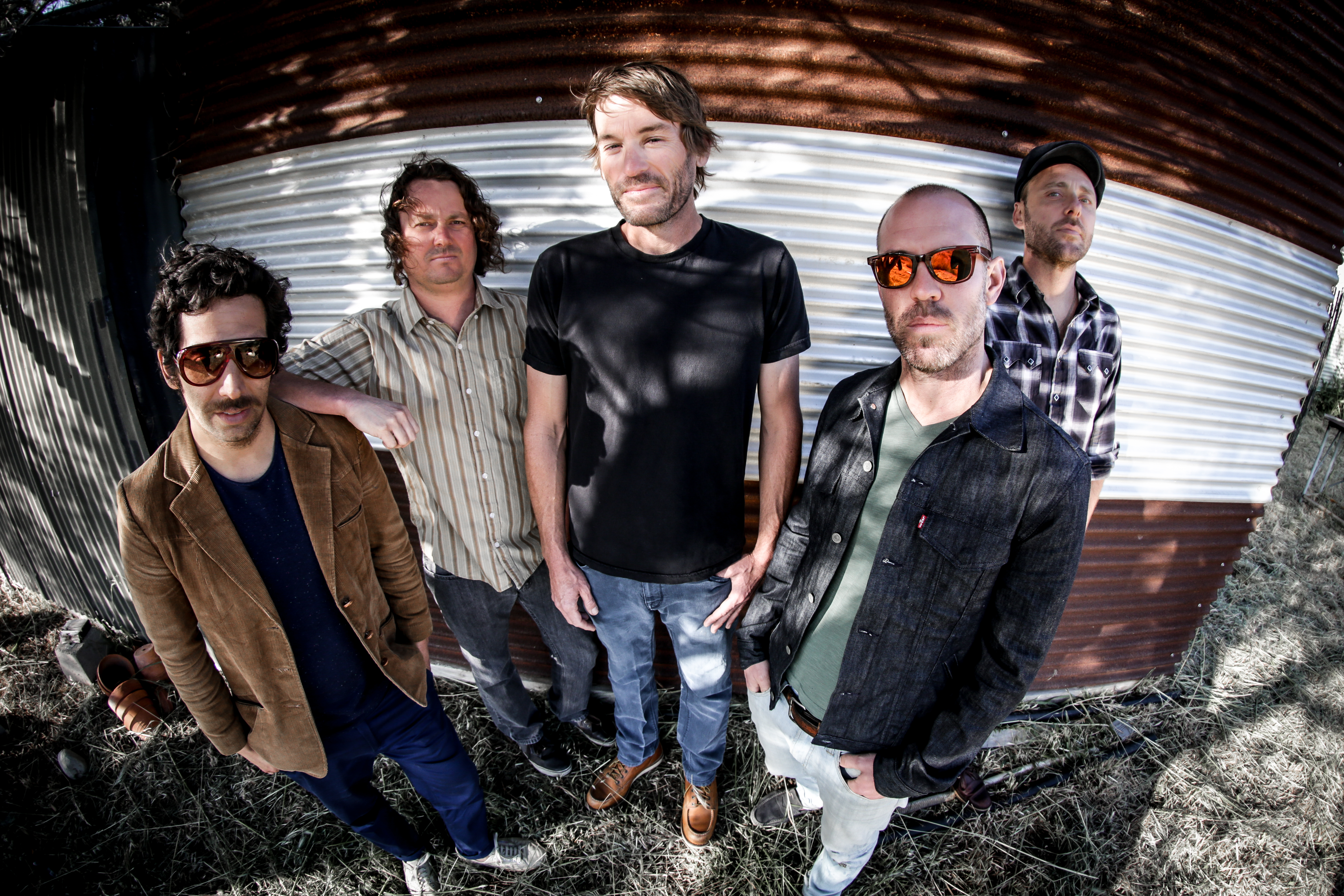 The Mad Caddies have always had a diverse set of influences. Since forming in Solvang, California back in 1995, the band has channeled their love of classic reggae, dub, ska, dancehall, two-tone, and punk into something that’s distinctly theirs. Over the past twenty years, the Mad Caddies have made music that slipped between genre lines, and with Punk Rocksteady, they offer a record of punk covers that shows the Mad Caddies are capable of taking all that piss and vinegar and turning it into something beautiful.
Recorded at San Francisco’s Motor Studios with Fat Mike serving as the record’s producer, as well as its spiritual guide, the Mad Caddies got to bring one of Mike’s pet projects to life. “This has been one of his dream projects for a long time,” says guitarist Sascha Lazor. “It’s been a party conversation. ‘Hey, you should do that.’” But after years of talk, the stars began to align. What followed was a two-month long process that saw the band, as well as Mike, collaborate on making a list of songs that were befitting of the Mad Caddies treatment.
“We had a grand vision that we needed to have four-to-six sounds on here,” says vocalist Chuck Robertson. “We needed to have traditional ska, super horn-heavy dancehall songs, reggae, SoCal stuff, and we needed to have something new and weird that we could make our own.” In order to make Punk Rocksteady diverse, the band labored over picking songs that could be interpreted in ways that would feel new and exciting, but still retained the spirit of the originals.
With Punk Rocksteady, the Mad Caddies effectively reframe the past 40 years of punk history into something that’s lighter but no less impactful. From pulling vintage soul music sounds out of The Misfits “Some Kind Of Hate,” or giving the Descendents deep cut “Jean Is Dead” a reggae strut, some of punk’s genre-defining bands are remade at the hands of the Mad Caddies. “If the song’s good, it can be played in any genre and do the song justice,” says Robertson, and it’s true listening to Punk Rocksteady, as the band’s approach shows the limitless potential of the source material, turning Against Me!’s “Sink, Florida, Sink” into a horn-laced joyride and giving the staunch ska-haters Propagandhi a send-up that even they couldn’t deny.
“We wanted this to be a cohesive album that, even if you’re not a fan of punk, you could throw on and enjoy,” says Robertson. And for punks that are dubious of reggae, it gives them a new view of the songwriting chops of some of their favorite bands. With both the Mad Caddies and Fat Mike in a room, the material for Punk Rocksteady had a really high bar to clear, and the band put in the work to ensure it did. “It’s really hard to take a Bad Religion song and make it a reggae song and have it sound good,” says Lazor. “There’s so much movement in the chords, and that doesn’t work for reggae.” But the result was finding a way to translate Bad Religion’s “Sorrow” into something that retained the song’s powerful arch with it sounding like something you’ve never heard before.
A byproduct of reworking all these songs to fit the Mad Caddies’ style was that the band finished the record inspired to look at their own songwriting with the same critical eye. “We don’t like to learn covers or play covers, but we picked these songs that we thought were really good,” says Lazor. “It really gave us a fresh perspective on writing songs.” It’s something that permeates Punk Rocksteady and reminds that, in the world of the Mad Caddies, the best thing to expect is the unexpected.