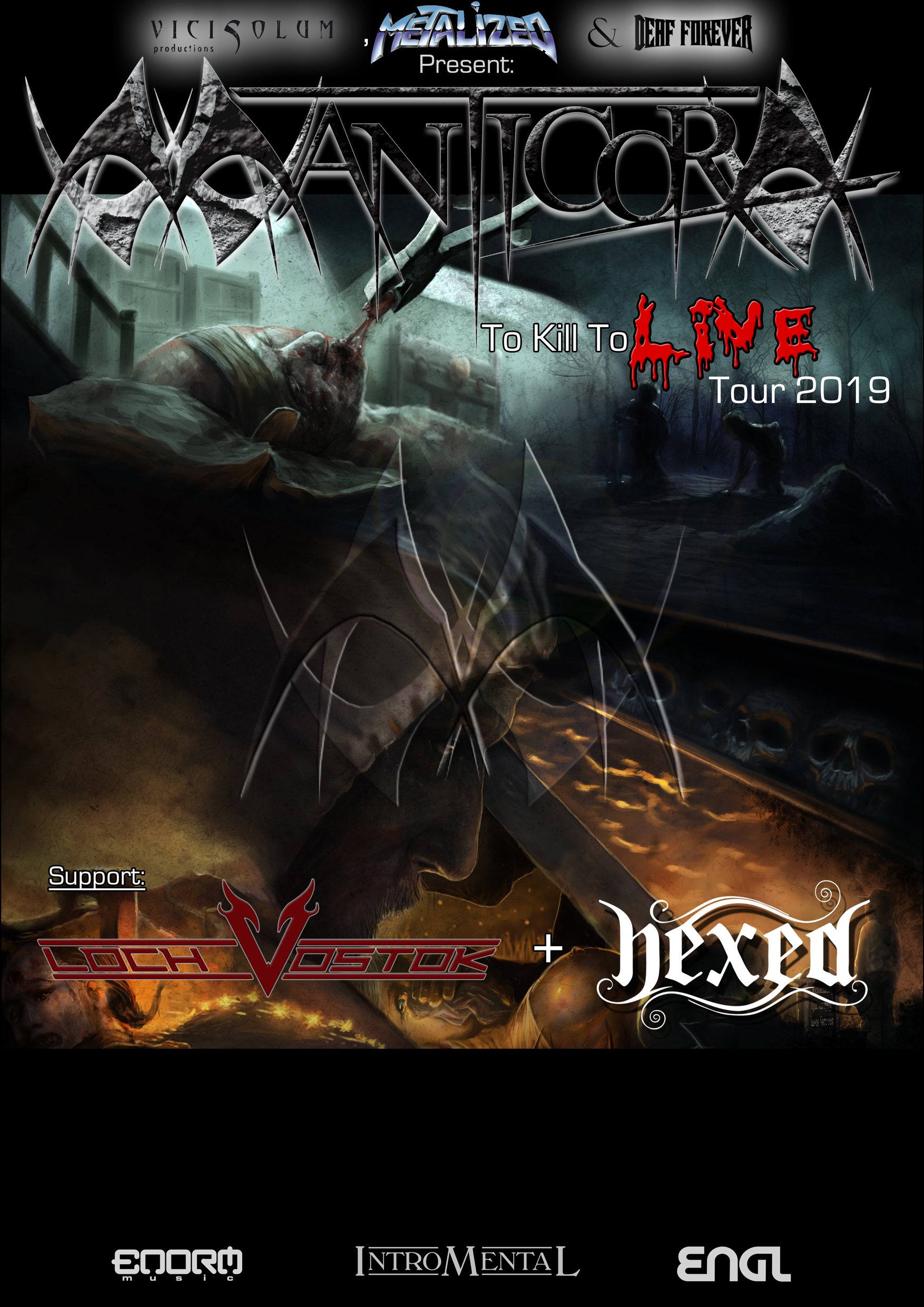 The progressive avantgarde melo-death act Loch Vostok from Sweden should be known to anyone within the business now. Having released 7 albums and toured Europe as support for Therion, King Diamond and Leprous + done a split-headliner with Persefone, the band has been all around on the continent. Their latest album “Strife” saw them return to more aggressive waters, but also melodies and ideas in the songs were notched up.

HEXED – Sweden
www.hexed.se
The HEXED debut album ”Netherworld” was released in March, 2018 and the album contains ten blistering tracks. „Netherworld“ has received fantastic reviews and the band has rapidly gained a reputation of delivering a flawless and perfect live show. The opening act anyone would wish for!