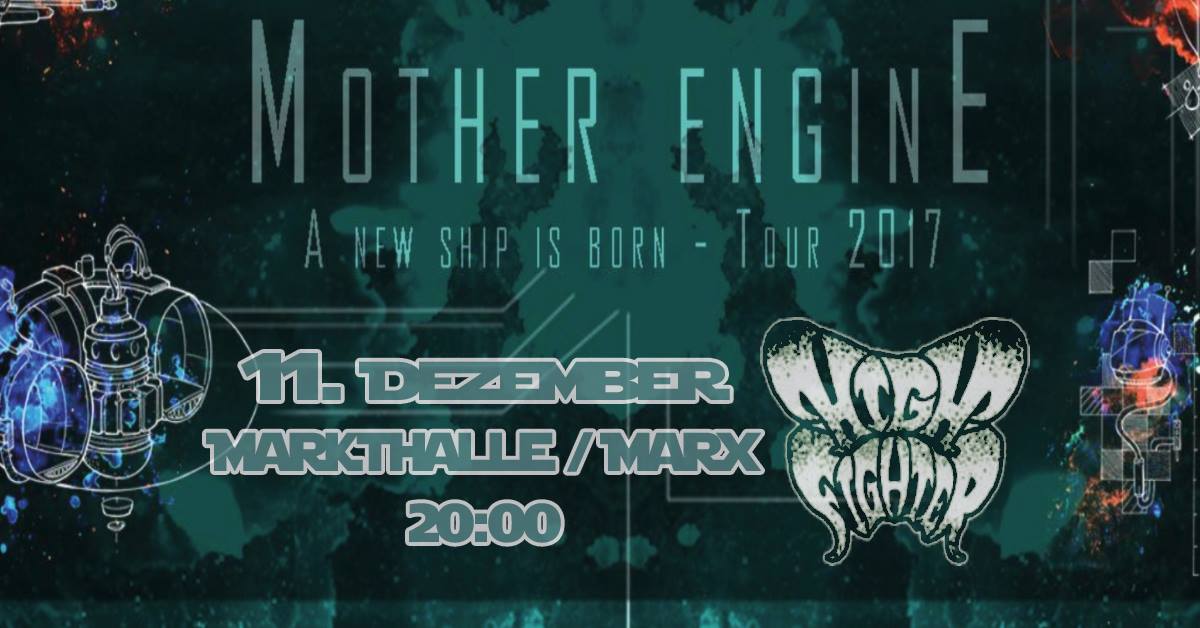 Mother Engine
Mother Engine plays instrumental rock music influenced by the stoner and post rock of our time, combined with the psychedelic groove of the 60s/70s and the native krautrock scene. Founded in 2011 and after gigs at ‘Desertfest’, ‘Stoned from the Underground Festival’, ‚Sonic Blast Moledo‘ or ’Keep it low Festival’, this 3-piece-band started to dig out their way out of the european underground. Their live shows are a journey in mind, they are surprising, they are heavy and smooth and while the spaceship-crew refers to their former boyhood bands, you even feel some steady Rock’n’Roll in the complex song structures.
After the Mother Engine crashed in the last album „Absturz“ on that hostile planet X- Alpha Wolf, it has been a hard and sweaty process to rebuild and overhaul the old spaceship, to fly on to new adventures and further galaxies. With the 3rd full length album „Hangar“, they set a new and shiny benchmark for their own work: more complexity, deeper riffs, more progression, less compromise…
Get ready to fly through your own mind galaxy, because the mothership set its course to the European stages!
Bandcamp | Facebook

High Fighter
formed in the Summer of 2014 and it started as a total new band project born by former band members of A Million Miles, Buffalo Hump and Pyogenesis. This band is a volatile cocktail of heavy as hell riffs fuelled by beer and the mighty weedian riffs. Add a heavy dose of the blues and these deadly schizophrenic vocals and High Fighter offer something new to the Sludge/Blues/Stoner Scene. If you’re looking for a highly polished band then look elsewhere as High Fighter play mean and dirty Blues, Stoner & Sludgy riffs to fuel your appetite with.
Bandcamp | Facebook