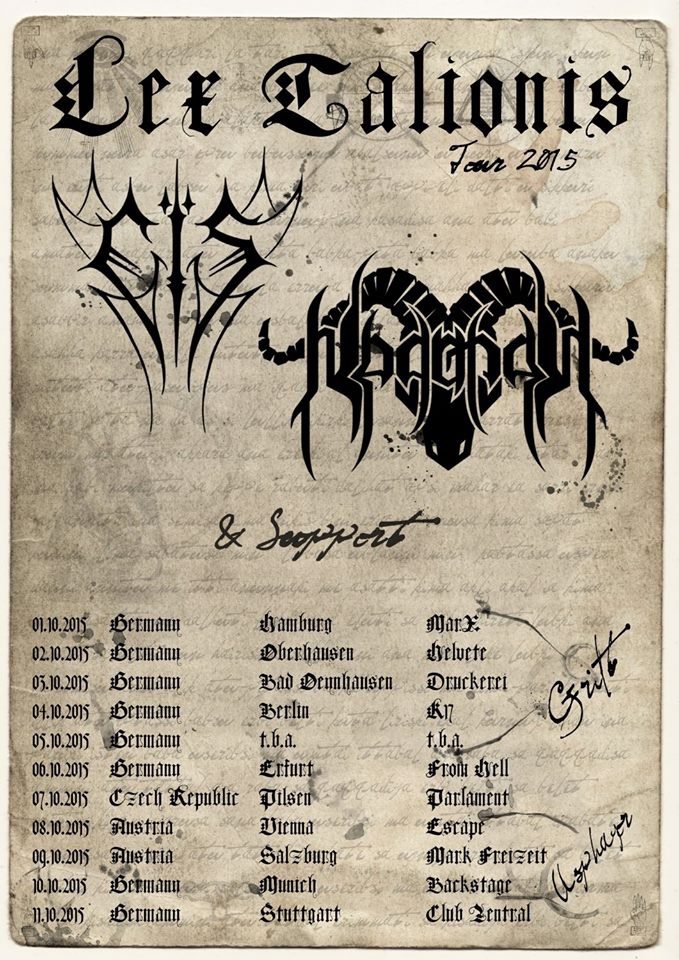 – This Black Metal Was Forged In The Unholy Halls Of The Eternal Frost –
Under that very banner this Black Metal-Machine – the Negator – was once forged in the year of 2003. Like-minded musical extremists got together in order to create their vision of blackened metal. One of them was vocalist Nachtgarm who is still swinging the hammer of inner and outer strength. As the music of the debut OLD BLACK (2004) did speak volumes, it did not take long until the album was properly released one year after Negator‘s founding. Press and fans alike pretty much showed similar praise of the debut’s spirit, which made OLD BLACK turn into a success story pretty much.

– Lined up to create values – made to be indispensable! –
Enlivened by the debut’s success, the four-piece was hardly interested in a creative break. At that very point in time, the ensemble had found its musical focus and direction. The slogan „Angetreten, um Werte zu schaffen – Gemacht, um unentbehrlich zu sein“ (Engl.: „Lined up to create values – made to be indispensable!“ from ?Eisen Wider Siechtum‘) was not only going to be the Negator-credo, but also the headline for their successful second album DIE EISERNEN VERSE (2005), which was again received very much enthusiastically by critics and fans alike. In order to promote the album additionally „on the road“, Negator went on a co-headlining tour for some weeks with Koldbrann.

However, in life different people sometimes have a different approach towards certain things. There are those who want to stop at an alleged peak, whereas others strive for total domination. Eventually, it was frontman Nachtgarm that was left behind and who got handed over the Negator-Sceptre. So from that point in time onwards, he was not only in charge concerning all things Negator, but also the force behind this Black Metal-Panzer from Hamburg, Germany.

But: No companions, no band. And it must have been a mix of prevision and luck, that at the end of 2006, Nachtgarm and Finnskald (formerly Drautran) crossed each other’s path. Immediately, they found themselves on the same wavelength. This blind mutual understanding was going to be headstone for Negator’s future: Finnskald and Nachtgarm are the congenial songwriting-duo for Negator’s vision of extreme Black Metal.

– Panzer Metal – Be Prepared! –
With different infantrymen at their sides, the two managed to capture the dark metallic essence of extreme, blackened metal. However, with PANZER METAL (2010) a new chapter was writte: Finnskald and Nachtgarm untimely crowned the Negator with regards to song-writing at that point in time. „PANZER METAL is the ultimate answer for those, who long for extreme and hard Black Metal, which offers a 90s spirit but is delivered in a 21st century sound and features state-of-the-art firepower.“ And it was this blaze the scene was waiting for. And although Negator were literally away for almost five years, the manifest PANZER METAL provided nothing but awe. The most successful year in the Negator-history so far was 2011. With a lot of tailwind provided by PANZER METAL the Negator bulldozed popular festivals such as the Eisenwahn Festival, the With Full Force as well as the famous Wacken Open Air among others.

– Negator – The Bringer Of War –
After a short hiatus – due to Nachtgarm’s engagement at Swedish Black Metal-veterans Dark Funeral – the band shortly put hands on their then fourth album. With GATES TO THE PANTHEON, Negator, again, treaded new paths invigorating a more death metal approach to their musical vita. With nine totally different songs GATES TO THE PANTHEON was hailed as an almost game-changer, very much challenging grandees like Behemoth. Critics worldwide alike were stunned due to this aural onslaught near perfection. After having played numerous gigs and festivals in 2014, Negator plan to release new material in 2015. Beware of the beast from Hamburg.

The glorious nineties are over, dead and forgotten? Black Metal has lost its magic? The most haunting
works have already been composed?
Well.
No.
Black Metal has always been about your emotions. About giving your solitude a voice. Living through
and in your art.
That’s what the members of German Melodic Black Metal gem EÏS surely have done on all of their
four albums released on renowned labels like Solistitium Records, Cold Dimensions and Prophecy
Productions (PATINA/2005, KAINSMAL/2006 and GALEERE/2009 as GEÏST, WETTERKREUZ/2012)
and on more than 80 selected gigs so far. EÏS have been invited to play festivals like Wave Gotik
Treffen, Ragnarök, Wolfszeit and many more. Despite being a band preferring not to perform on every
available power point, its members have started to organize short tours in German speaking and other
European countries on a regular basis.
That’s what they’ll continue to do while celebrating their tenth anniversary in 2015, and what they will not stop to do in future years to come, with their fifth album being up for an October 2015 release and many more gigs to follow: Prove to old and new generations of black metal admirers that you don’t have to be the fastest, most satanic, most avantgarde or most Darkthrone-copycatish band around to create something really moving, really lasting. Black Metal is not about living in the past or being innovative just for the sake of innovation.

It’s about the winter in yourself.
All the darkness.
The coldness.
The bitterness.
The loneliness.
About being yourself.
Having stated that, we’re sure you’re not into reading about several line-up changes the band went through during its ten years of existence, side projects and the likes. If you wish to do so, please feel free to scroll down or look it up at our well-investigated Metal Archives profile (http://www.metalarchives.com/bands/E%C3%Afs/3540320212).

Also, you might want to check what we’re doing besides EÏS – its predecessor and ancestor EISMALSOTT (http://eismalsott.bandcamp.com/), former projects like INARBORAT, related bands like FUNERAL PROCESSION or INVADER, or contributions to bands like LANTLÔS, ENID or ZERSTÖRER.