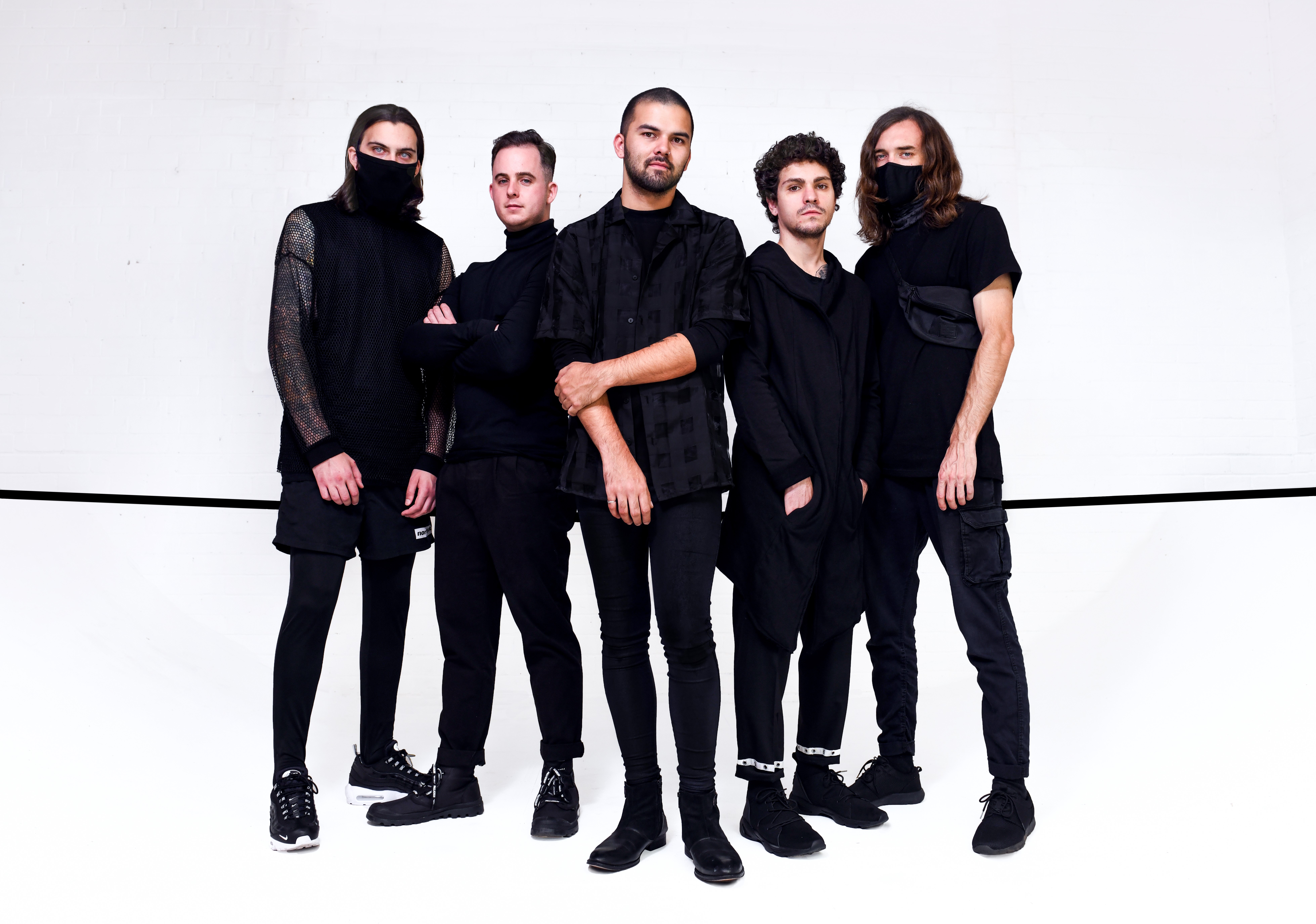 “I was raised in hell but I made it out,” says Northlane vocalist Marcus Bridge. “Raised in a place I shouldn’t have been, and no child should have been. But I’ve been able to break free.”

That journey out of hell informs Bridge’s lyrics on Alien, the fifth album from Sydney metallers Northlane. For a band that have traditionally focused on wider issues in the outside world, it is easily the most personal statement of their career.

“I grew up with parents who were heavily addicted to heroin and other things,” says Bridge. “With that addiction came aggression from my dad, my mum not being all there, being around drug dealers and people who owned clubs in Kings Cross, just places a kid shouldn’t be. Especially when you’re an infant growing into a child. I saw a lot of crazy stuff.”

Stuff like the time a gunman broke down the door of the Bridge family’s motel room, as outlined in “Freefall”.

“We were all staying there cos it was close to Kings Cross and the city, where my parents could score,” recalls Bridge. “Some guy stormed through the door with a gun pointing at my dad. I’m guessing dad was either dealing drugs in his territory or he knew he had money or something. I was seven. That’s something a kid shouldn’t see.”

Even one of the quieter songs on the album, “Sleepless” – an intimate, slow drum’n’bass number that incorporates chiming piano alongside dirgey, time-signature confounding riffing – charts a terror of a different kind, as Bridge discovered his mother “didn’t try to stop or didn’t not support” his sister’s succumbing to a meth addiction.

“My mum has been an alcoholic most of her life, she can’t help but lie and hide behind lies,” he says. “And after all that stuff with my sister I just wanted to separate myself from her. That song is saying, even though you’re still here, I’ve already said goodbye.”

Such unflinching lyrical honesty is matched by an astonishingly confronting vocal performance from Bridge.

“When I do get into some of these more intense lines, something different is coming out of me,” he nods.

Remarkably, there is hope to be found amidst this horror, particularly on first single “Bloodline”, as Bridge sings, “I was raised in hell, I made it out by myself”.

“The overall message in these songs, whether the song has a moral or an ending – some of them don’t, they just tell a story – but the light at the end of the tunnel is the fact I’m here singing these songs. I was able to see these situations and tell myself I’m not going to go down that path.”

While some long-time listeners might assume that the title Alien is a continuation of the space and futuristic themes that have characterised previous Northlane albums, it’s instead a reflection of the alienation Bridge felt as a child “who grew up in a weird, unusual household and who was bullied at school because of it”.

“But also,” he adds, “it encapsulates what Northlane have always been and what this album is for us. We’ve always been an outlier band. And I think with this change in music and style, it’s going to be alien to what people would expect us to do.”

The change in style to which Bridge refers sees Northlane fusing their trademark technical metal brutality with disparate genres in a manner that’s sure to unsettle and confound.

“I wanted to make something that really disgusted people,” explains guitarist Jon Deiley. “I’m ripping a page out of the rulebook and making this disgusting amalgamation of sounds that should maybe never have been merged together in the first place. And I think that is the sound of the frustration within me.”

That frustration stems from what Deiley calls “people turning their backs on us”. He includes in that group sections of the music industry, and their former bass player Alex Milovic, who left during the writing process. (He’s since been replaced by Brendon Padjasek; the line-up is completed by guitarist Josh Smith and drummer Nic Pettersen).

“It definitely rocks the boat,” says Deiley of Milovic’s departure. “Cos you think, ‘If you’re leaving, this music mustn’t be very good, otherwise you’d be keen on seeing where it goes.’ So you end up doubting yourself.”

“I feel like a lot of writing got done during the period where something we call ‘the Northlane curse’ was very prominent,” adds Bridge. “Just continuous things going wrong: communication with our label, something on tour not working out, and then our bassist leaving. All the stuff culminated into a big ball of stress.”

Bowed but not broken, the band continued to write, spending more than a year being “very meticulous with our melody ideas, minor musical things”, says Bridge. In the background, they started to take control of their career, with guitarist Josh Smith assuming management duties.

“In an energy sense and a financial sense, we’d hit the lowest we’ve ever been,” says Deiley. “And Josh took the reins and got us out.”

True to Deiley’s word, Alien is an abrasive album musically, merging the worlds of metal and electronic music into one intense, pulverising whole. “Eclipse” sounds like a metal band and a rave DJ beating each other to a bloody pulp; “Details Matter” fuses angry drum’n’bass with a sickening riff (“If something made me feel sick to listen to,” says Deiley, “then that was the right move to make”); “Talking Heads” ends with a blast of distortion so feral you will wonder if your speakers have blown.

For a band with their backs to the wall, writing songs about such deeply personal issues, there was comfort in returning to familiar haunts to record Alien, such as Chris Blancato’s studio in Sydney, where Northlane recorded their first EP, 2010’s Hollow Existence. Bridge did his vocals at Sydney’s Electric Sun Studios, where the quintet made their 2011 debut album, Discoveries.

Having in the past worked with some of the world’s most acclaimed producers in David Bendeth (2017’s Mesmer) and Will Putney (2013’s Singularity, 2015’s Node), the band’s decision to self-produce Alien not only reflects the clarity of their vision, but also their determination to give this material the care it deserves.

“We just wanted to take a chance and rely on our own instincts of what our music should be,” says Bridge. “I think because of that it’s definitely the most true to us as people.”

For a band marking their 10th anniversary in 2019, Alien is a bold leap forward; the work of a group fighting their way out of their corner by moving forward rather than looking back. Their previous three albums may have debuted in the Top 5 in Australia – with Node landing at Number One before going on to win an ARIA Award for Best Hard Rock or Heavy Metal Album, an accolade also awarded to Mesmer – but Northlane are in no mood to play it safe.

“For me personally, I’m not ever really satisfied,” says Deiley. “I’ve still got a lot to prove to myself and the world, and I’m sure the other guys feel the same. I like to acknowledge the anniversary and think that’s great, but I like to quickly get over that and keep going. Push on to the 20.”
ENDS