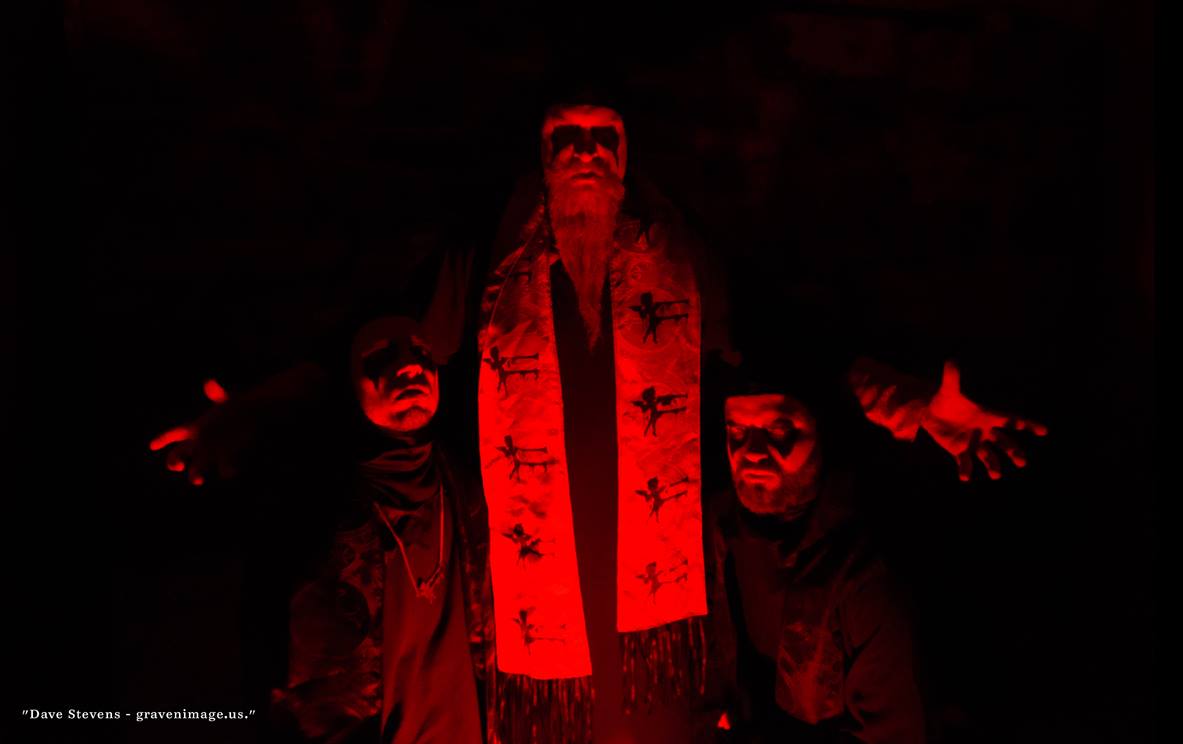 Forever the iconoclasts, PROFANATICA are both black metal legends and defiant of such concepts of „legendary.“ As one of earliest American black metal bands, during the dark ’n‘ bloody days of the early 1990s, PROFANATICA set out upon a course of utter blasphemy and barbaric primitivism, then retreated into the shadows as a cult icon, only to be resurrected years later once the black metal scene had finally caught up with their invention/degradation. When they returned, with Profanatitas de Domonatia in 2007, the signature PROFANATICA sound was firmly in place, and yet masters Paul Ledney and John Gelso continued to challenge themselves and push this pulsing primitivism to uncharted waters of sin ’n‘ sickness. Three years later, Disgusting Blasphemies Against God pushed the envelope even further, and yet three more years again, 2013’s Thy Kingdom Cum climaxed all over that envelope. Now, with The Curling Flame of Blasphemy, PROFANATICA have gone back to the beginning while re-imagining their signature sound in the subtlest and yet somehow-most-powerful way.

For a decade now, Demonomancy have been steadfast pillars of the bestial metal idiom, perfecting it over the course of two EPs and 2013’s definitive debut album, Throne of Demonic Proselytism. However, whilst working with the same strident fundaments – ancient South American black/death, the rigorous Blasphemy/Beherit axiom, early proponents of metal primitivism like Profanatica and VON – hereby with Poisoned Atonement do the power-trio leave behind all pretenders and stake out a new, defiant claim of sulfurous metal magick.