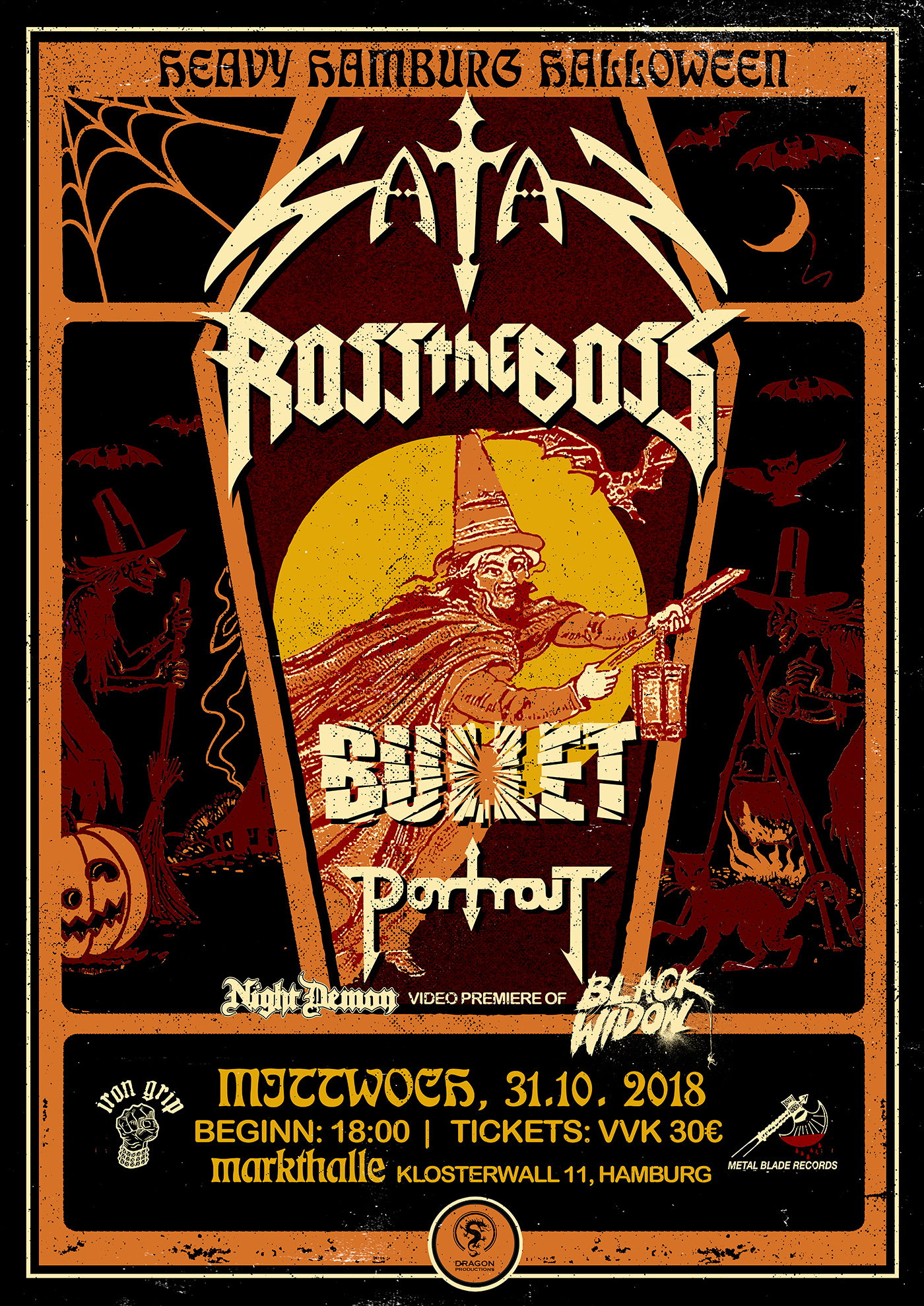 “On April 20th we released a very ambitious album, BY BLOOD SWORN.  Now in the fall we will perform some of these great new tunes plus the timeless classics. Hope everyone will be there to witness the onslaught!”

Alongside the ROSS THE BOSS band, Swedens BULLET will raise the value of the tour package as co-headliner.

Are you ready for the second leg of the ”Dust to Gold” European tour? We are!!!

Feels great to be back with a new tour especially with the legend Ross the Boss.

See you all on the Heavy Metal Highway!!!!

Sweden’s PORTRAIT will take over the special guest slot.

As a special Bonus, there will be a Night Demon Video Premiere at sharp 18:00h! 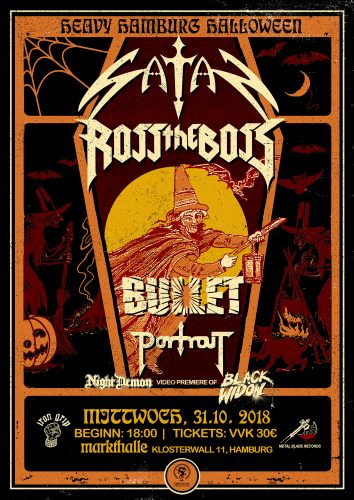