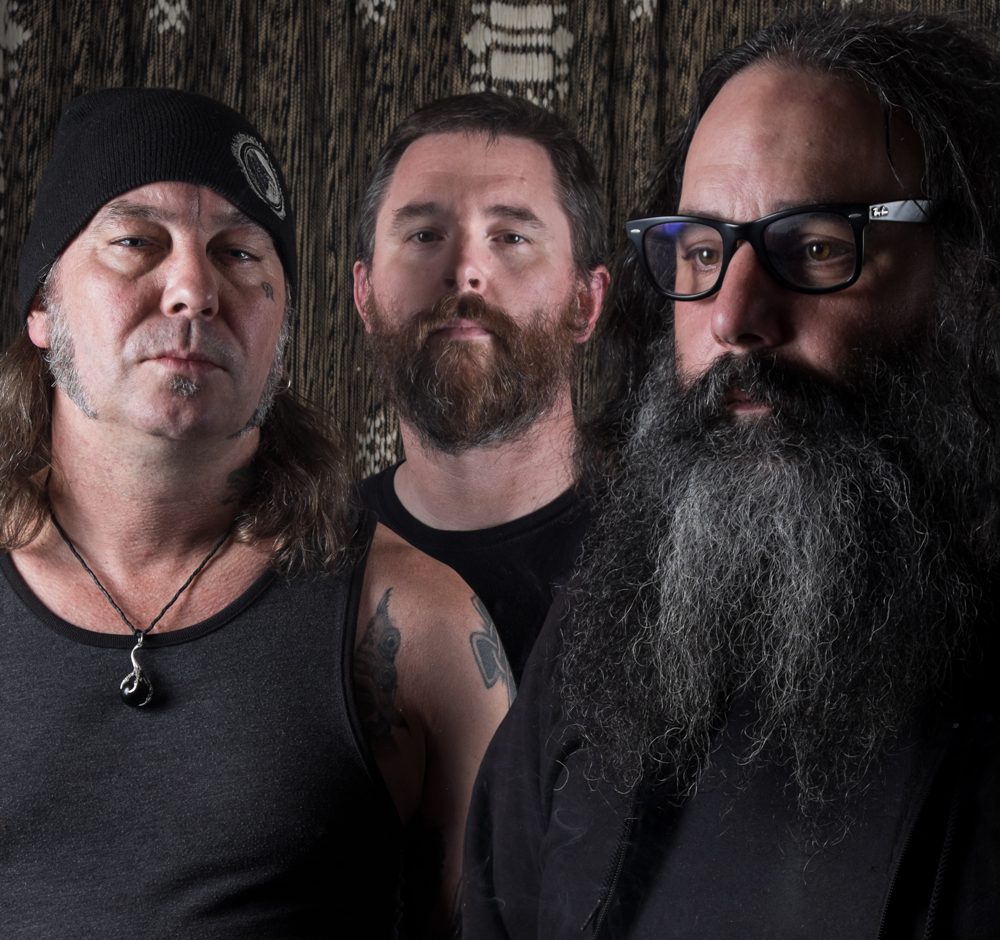 The words have failed them all. Since by the time you’ve read this far you’ve already read
words that are intended to be touchstones but which do nothing but make it easier to not
hear what should be all about hearing: their music.
So let’s dispense with „stoner“ and „doom“ and while „metal“ is a good catch-all even
that does what SLEEP does an injustice. What SLEEP does and has been doing since
1990. Since San Jose. Since vocalist and bassist Al Cisneros hinted darkly at his next act
after Asbestosdeath. Make something that was like something you had never heard/felt
before even if you had heard/felt it before. Like wind or the yawning subsonic expanse of
an earthquake: something undeniably large.
And like ragas, the songs were not just songs but movements and the movements trended
toward the eternal. Almost time-wise too with songs that lasted as long as some entire
records, which is as long as it needs to be to get short-sighted labels to drop you. And
beyond time, the weight was equally significant. Heavy, sublime and not even a little bit
ridiculous and whether or not these were influenced by the sacramental consumption of
weed really misses the point.
While there may have been a few like them before them, there were none like them really
and certainly none of after them. And so in 2009 when they were reborn with Cisneros
who’d been reframing the world with the band OM, Matt Pike doing double duty with
this and his HIGH ON FIRE, and the estimable Jason Roeder doing the same with
NEUROSIS, SLEEP did what it had done and what it had left to do. Largely and without
pause, make music in tune with The Ages.
Best to be enjoyed? Live and living. See, hear, feel, do it. Well, beyond just music and
well into the experiential joy of pure being. SLEEP. Undoubtedly.