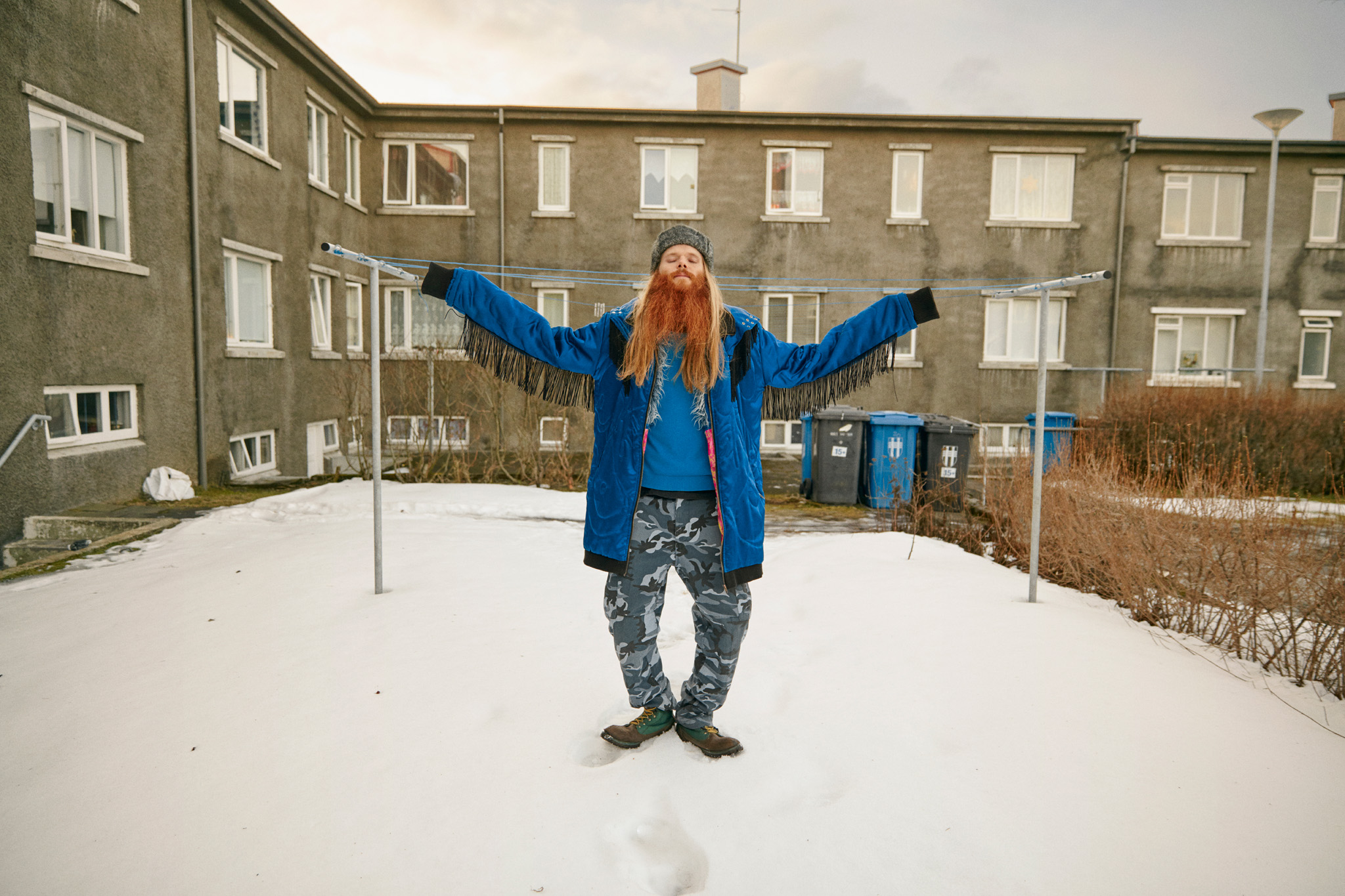 Teitur walks the path of truth, which naturally leads us inwards, to the holy fire, the force uniting all of mankind. There we will have to face the various forms of the self, blowing like leaves in the wind around the holy fire. Eventually the path of truth will lead us to the only things who are real and truly matter; Love and care. This is the pathway in which Teitur Magnússon’s music flows, constantly seeking to honour the love and care, hoping that those partaking will enjoy the ride.
With a zen – like gaze, a long, red druidic beard, a flowing mane of blonde hair and an unusual sense of style, he carries w ith him an aura of deep calm and quizzical eccentricity. While you might expect his music to be some kind of highly experimental and bugged – out dronetronica, it’s actually anything but. Teitur has made a name for himself in Iceland for his lushly produced and pleasingly wonky guitar pop, which comes with plenty of rich and unexpected instrumentation, and interesting psychedelic edges. His new album, “Orna”, is his best to date — it’s full of earworm melodies that sound like they could have been beamed out o f a peaceful, blissed out 1970s beach enclave, picking up all the latest advances in music production along the way. Opener “Bara Þú” is an easy going ballad with flute trills and echoing, tinkling piano, opening single “Hverra Manna?” comes with sonorous bra ss hook. The title track is a psych – pop delight, and watching the spaced out video is an absolute must. His plaintive, multi – tracked voice has a smooth and reassuring tone throughout — one wonders how far Teitur’s considerable charisma and evident talent co uld go if a couple million more people could understand the Icelandic language. Either way, “Orna” is a keeper.

Jenobi (former Felicia Försvann) 2019
When the Torpus & The Art Directors singer wrote the song “4×7”, his then-25-year-old bass player never fully understood the meaning of his words. Three years later, Jenny Apelmo Mattsson has finally realised what turning 28 is all about. The saccharine sweetness of her solo project, Felicia Försvann, has taken a different turn. “I’ve done sweet. More by accident than design. Now I’m dead serious”, is the Swedish singer/songwriter’s new line of attack. But this change of attitude is in need of a new name. A wiser, more dangerous undercurrent has been added to the melancholic, tender songwriting. The sound is stronger and moodier. Darker, gripping indie pop is driven by pulsating rhythms. And with that, Felicia disappears to make way for jenobi – who now takes the stage. Soaking up inspiration and widening the horizons, to a world of new sounds and stories. It’s going to be a stubborn, but exciting journey – on a rocky road towards an unknown, but brilliant future.