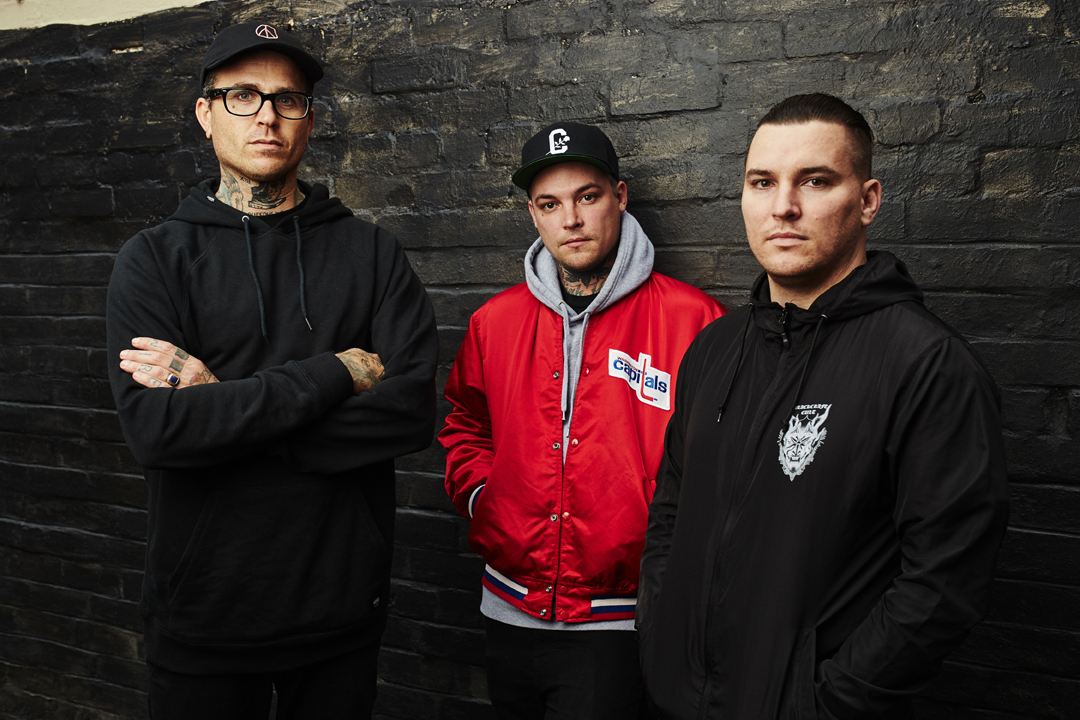 THIS COULD BE HEARTBREAK is available now for pre-order in a variety of limited edition physical bundles via www.theamityaffliction.net, with all DSP pre-orders going live Thursday, May 19th at 12:00AM local time.  All digital pre-orders will receive an instant download of the album’s gripping first single, “I Bring The Weather With Me” which debuted today along with the track’s official music video.  “I Bring The Weather With Me” is streaming now at www.theamityaffliction.net and on the band’s official YouTube channel, www.youtube.com/amityofficial.

Furthermore, The Amity Affliction have announced a run of Australian headline shows taking them back to venues they haven’t played in over 4 years. After a massive arena tour in December 2015, these new dates will see The Amity Affliction getting up close and personal with their Australian fans in smaller and more intimate venues. Tickets for the upcoming dates will only be available for purchase with pre-orders of THIS COULD BE HEARTBREAK at www.24hundred.net through Sunday, May 22nd with a limited amount of tickets released to the general public the following week.  This summer, The Amity Affliction will head to the UK where they will embark on a series of festival dates and headline shows with highly anticipated sets slated for the United Kingdom’s Slam Dunk Festival and Download Festival.   Following the UK run The Amity Affliction will then touch down in the US for a string of stateside festival dates kicking off September 10th at Denver, Colorado’s High Elevation festival. For complete details and ticket information, please see www.theamityaffliction.net/tour.

Deeply personal and emotionally wrenching, THIS COULD BE HEARTBREAK is The Amity Affliction’s most transformative and revealing record yet. Recorded by producer and longtime collaborator Will Putney at Melbourne’s Holes and Corners with additional drum tracking done at Sing Sing Studios, the album finds The Amity Affliction evolving their signature powerful and cathartic song craft.  Both ambitious and grand, album standouts “This Could Be Heartbreak” and “All Fucked Up” are equal parts heavy and hopeful, fueled by frontman Joel Birch’s desperation which achieves extraordinary transcendence through radical honesty and absolute power.

THIS COULD BE HEARTBREAK follows The Amity Affliction’s ARIA platinum-certified #1 album, LET THE OCEAN TAKE ME, which proved an to be an international breakthrough for the group.  LET THE OCEAN TAKE ME marked The Amity Affliction’s second consecutive time topping the ARIA Album Chart following 2012’s gold-certified CHASING GHOSTS. More recently, the band released SEEMS LIKE FOREVER, the #1 ARIA gold-certified documentary chronicling The Amity Affliction’s history up through their epic “Let The Ocean Take Me World Tour,” which saw the band performing in front of capacity crowds around the globe, including sold-out shows at New York City’s Irving Plaza and London’s KOKO.  Furthermore, the band’s most recent single, “Shine On” came in at #25 on Triple J’s “Hottest 100” of 2016. For more than a decade, The Amity Affliction has confronted the very darkest edges of man’s existence through their music and with SEVERED TIES, 2008’s full-length debut, and 2010’s ARIA gold-certified follow-up, YOUNGBLOODS, The Amity Affliction instantly established themselves as leading force in the heavy music world.