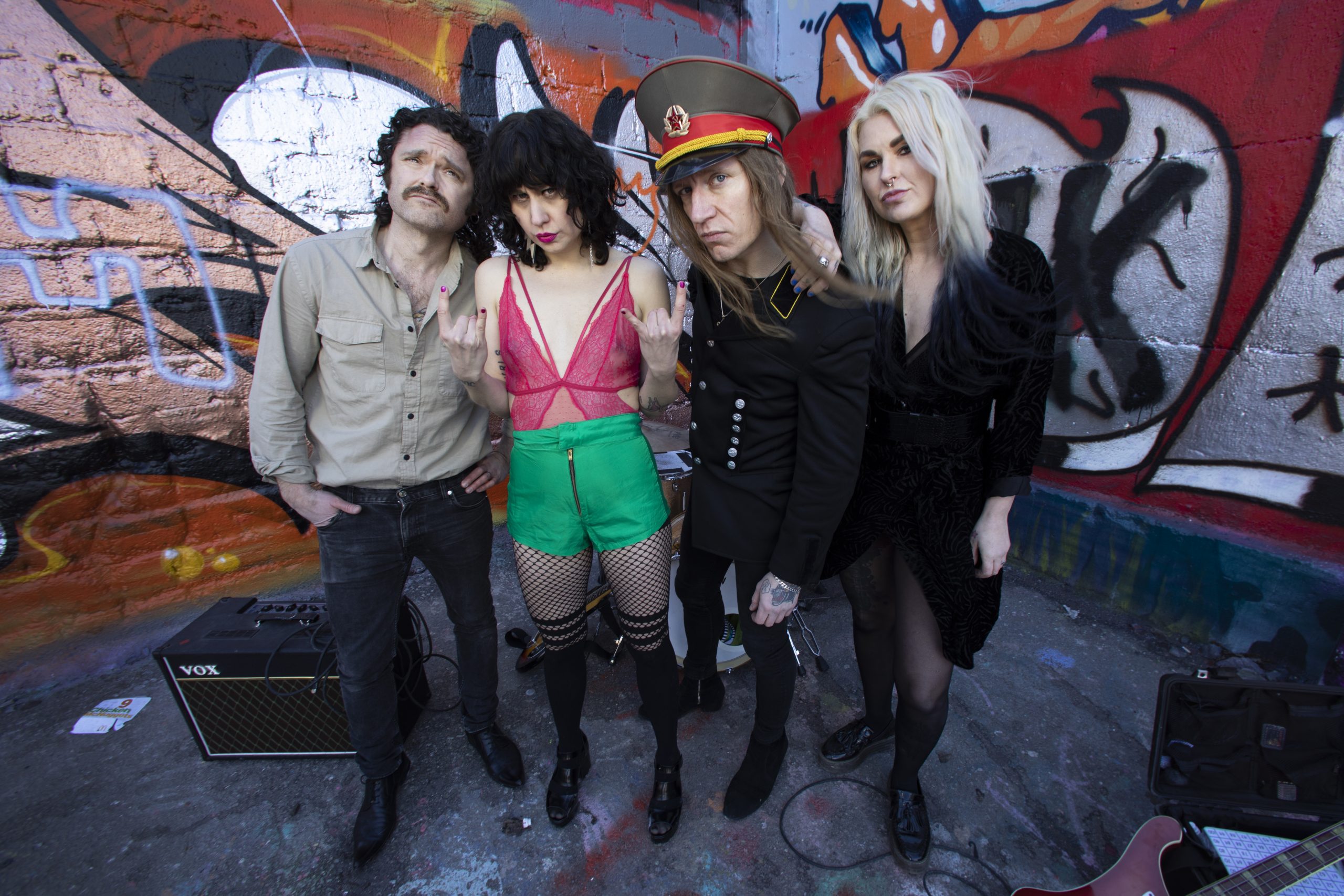 THE BABOON SHOW – BIOGRAPHY The Baboon Show started out in Stockholm in late 2003 and was formed by Cecilia Boström (vocals), Håkan Sörle (guitar) and Niclas Svensson (drums). In 2004 they released the DIY 6–track EP This is it! and started touring Sweden and made themselves a reputation of being one of Sweden’s best live acts. They were played frequently in national radio and television and have been nominated for several awards. In 2004 The Baboon Show signed to the Swedish indie label National. They released their three first albums within one year and seven months (Wow! That’s fast!) The Baboon Show kept on touring and soon they were asked to play abroad as well. From the beginning, until this day, The Baboon Show are a frequently touring band and their fan base are growing bigger and bigger for every show they make. The Baboon Show are mainly touring in Scandinavia and Europe, but they have also toured in countries such as China and Cuba. The Baboon Show are a socialistic band and have a special love for Cuba, hence they returned to the tropical island for four times. In 2015 the band also went into a studio in Havana to record earlier released songs, but this time with Cuban musicians. A mixture of punkrock’n’roll and Cuban rhythms and beats. From the fourth album Punk Rock Harbour (released in 2011) and forward, all The Baboon Shows albums have been released in Germany by the German label Kidnap Music. Since the Punk Rock Harbour release The Baboon Show work together with the producer Pelle Gunnerfeldt (The Hives, Randy among others). Their latest album Radio Rebelde was released in 2018 together with a Spanish edition.