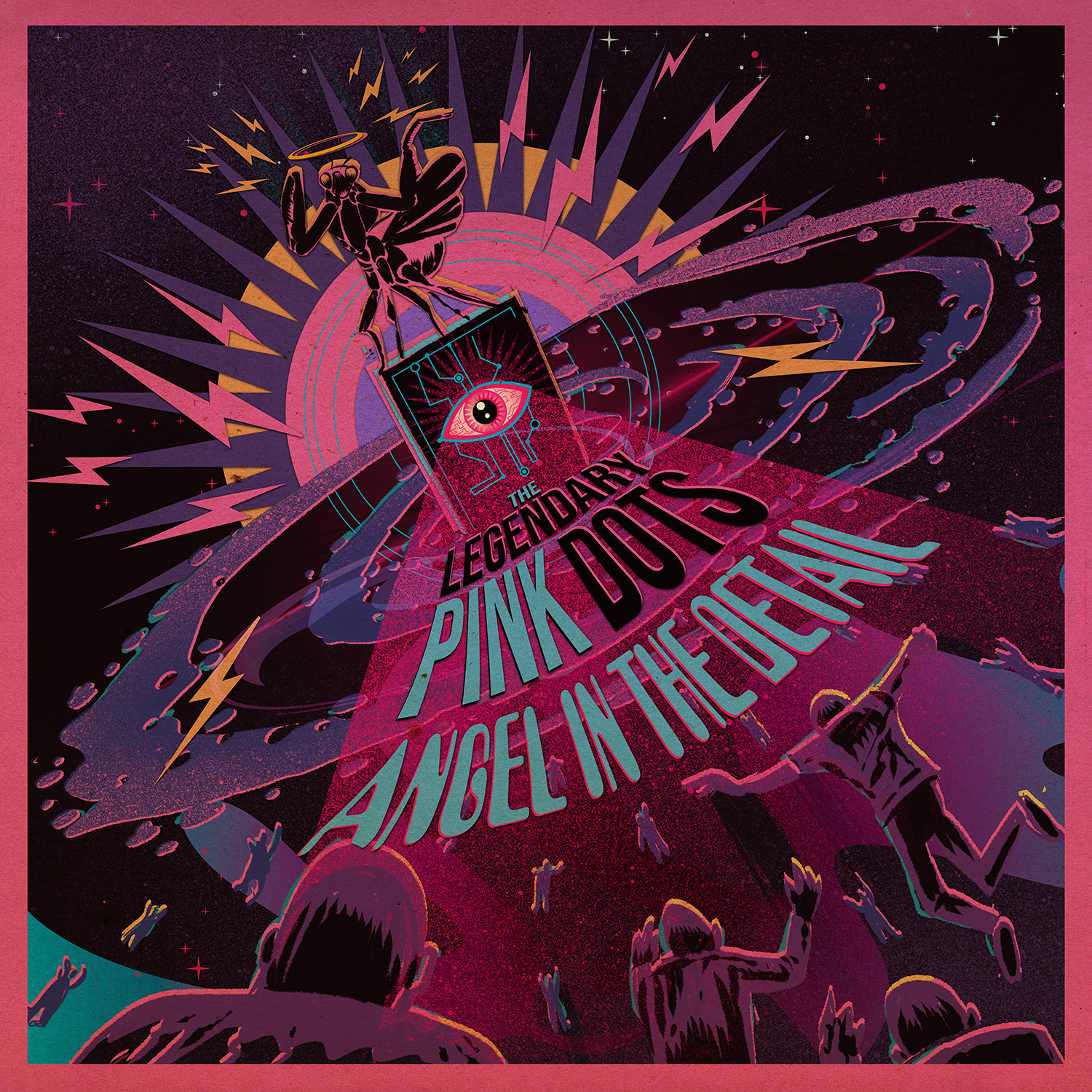 The Legendary Pink Dots is an Anglo-Dutch experimental rock band formed in London in August 1980. In 1984 the band moved to Amsterdam, playing with rotating musicians and having, as core members, singer/songwriter/keyboardist Edward Ka-Spel and keyboardist Phil Knight. As of 2012, the group is composed of Edward Ka-Spel (vocals, keyboards, songwriter), Phil Knight (keyboards, electronics), Erik Drost (guitars) and Raymond Steeg (live sound engineer).

Although outside the mainstream (in terms of their music and career path), LPD have released more than 40 albums, have a devoted worldwide following, and tour frequently.

The band was originally called „One Day…“ but subsequently changed the name to The Legendary Pink Dots, apparently inspired by pink dots on certain keys of the band’s main recording studio piano.[citation needed]

In the 1980s the band released albums on Mirrodot and InPhaze; in 1985 they signed with Play It Again Sam for the release of The Lovers. The line-up had become stable by 1988, with Niels van Hoornblower (horns) and Bob Pistoor (guitar) joining in time for the band’s 1988 US tour. Pistoor died of cancer and his place was filled by Martijn de Kleer; drummer Ryan Moore completed the line-up live and in the studio. Their appeal has always been relatively small—a 1995 show in Mexico in front of 2,500 fans was described as „massive (by Dots‘ standards)“.

Their music touches on elements of neo-psychedelia, ambient music, electronic music, tape music, industrial, psychedelic folk, synthpop, post-punk, progressive, jazz, noise, pop, and goth rock, with a distinctly experimental/avant-garde bent; their sound has evolved over time and remains distinctive, making it difficult to place the group into a concise style or genre. The group’s overall sound combined with Ka-Spel’s distinct lyrics and singing have earned comparisons to Pink Floyd and Syd Barrett; the group also has links to the sounds of krautrock bands such as Can,Faust, Brainticket, Magma or Neu!