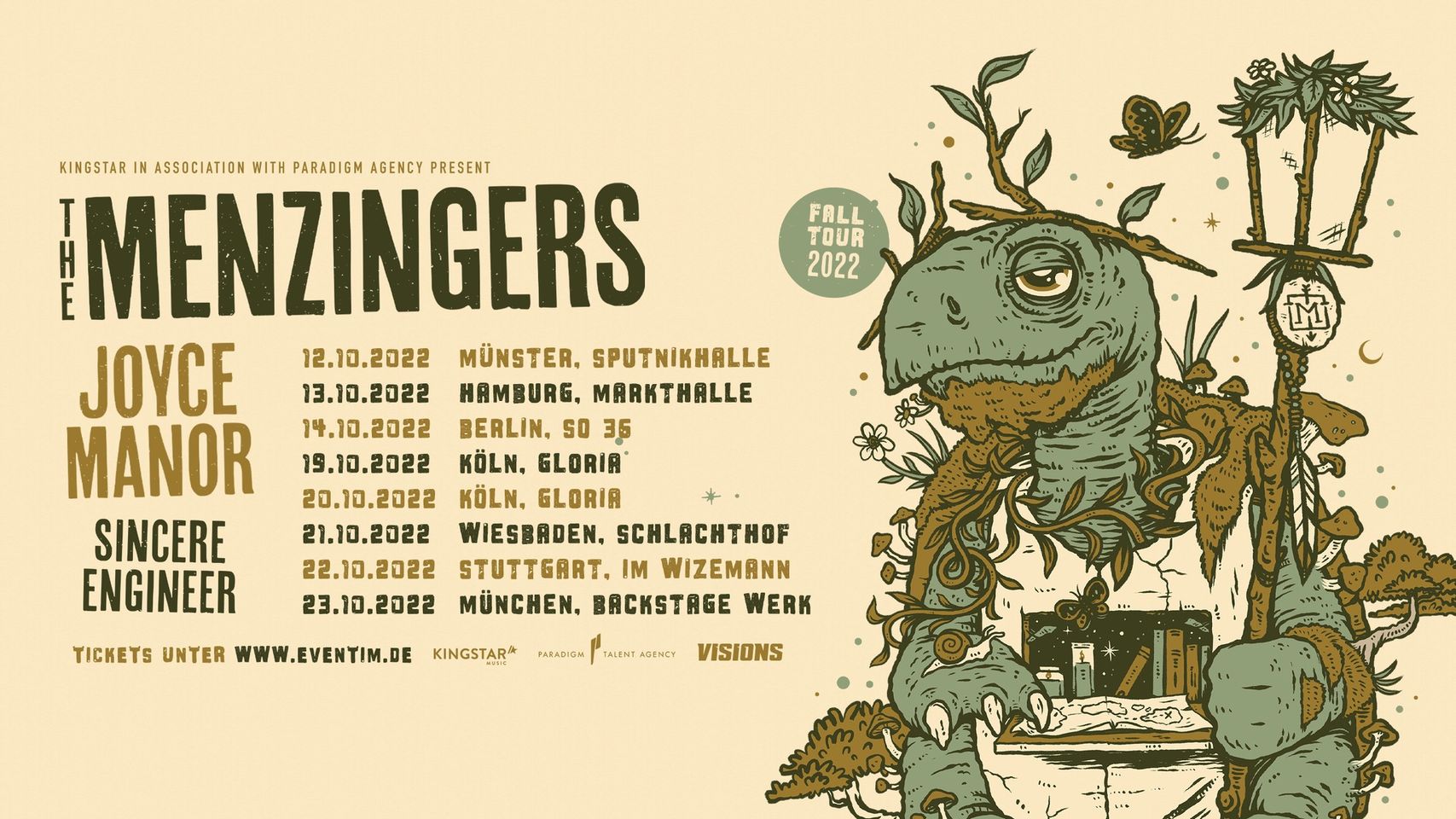 Since forming as teenagers in 2006, The Menzingers have shown their strength as rough-and-tumble storytellers, turning out songs equally rooted in frenetic energy and lifelike detail. On their new album Hello Exile, the Philadelphia-based punk band take their lyrical narrative to a whole new level and share their reflections on moments from the past and present: high-school hellraising, troubled relationships, aging and alcohol and political ennui. And while their songs often reveal certain painful truths, Hello Exile ultimately maintains the irrepressible spirit thats always defined the band.

The sixth full-length from The Menzingers, Hello Exile arrives as the follow-up to After the Party: a 2017 release that landed on best-of-the-year lists from outlets like Clash and Noisey, with Stereogum praising its almost unfairly well-written punk songs. In creating the album, the band again joined forces with producer Will Yip (Mannequin Pussy, Quicksand), spending six weeks recording at Yips Conshohocken, PA-based Studio 4. Thats the longest amount of time weve ever worked with Will, notes Barnett. We wanted to make sure these stories didnt get lost in the music, so we kept it to a lot of room sounds with the guitar and bass and drums.

Despite that subtler sonic approach, Hello Exile still rushes forward with a restless urgencyan element in full force on the album-opening America (Youre Freaking Me Out). With its pounding rhythms and furious guitar riffs, the viscerally charged track provides a much-needed release for all those feeling frenzied by the current political climate. Were living in a pretty insane time, where all you can think about every single day is What the hell is going on with this country? says Barnett. But as I was writing that song I realized that its kind of always freaked me out, especially coming-of-age during the Iraq War. I love so much about America, but I think you cant deny that there are some people in power who are absolutely evil.

Elsewhere on Hello Exile, The Menzingers turn their incisive songwriting to matters of love and romance, exploring the glories and failures of human connection. A wistful piece of jangle-pop, Anna paints a portrait of lovesick longing, complete with dreamy recollections of wine-drunk kitchen dancing. And on Strangers Forever, the band shifts gears for a searing tribute to parting ways, backing their spiky guitars with brilliantly barbed lyrics (e.g., Maybe its for the better if we both stay strangers forever).

An album fascinated with home and displacement and belonging (or the lack thereof), Hello Exile takes its title from its heavy-hearted centerpiece. With its aching vocals, graceful acoustic guitar work, and beautifully lilting melody, Hello Exile draws inspiration from Anton Chekhovs The Lady with the Dog (a short story set in the Black Sea resort city of Yalta). I grew up in a tiny town thats essentially a cross between a summer-vacation spot for New Yorkers and a retirement home, so for most of my childhood there were always people coming in and out of my life, says Barnett, who hails from Lake Ariel, PA. Reading that story made me think of how isolating it felt when my friends would leave to go back to the city at the end of the season, and Id still just be stuck way out there in the woods.

In looking back on the songwriting process behind Hello Exile, Barnett points to the starkly confessional I Cant Stop Drinking to illustrate the bands commitment to total candor. Weve written so many songs about fun times with alcoholbut the older you get, its not always fun anymore, he says. With I Cant Stop Drinking, I wanted to be completely truthful and get away from glorifying anything. Sometimes its tough to look at yourself and at others that way, but it felt important to make it as real as possible.

With the band achieving that soul-baring intimacy all throughout the album, Hello Exile emerges as The Menzingers most emotionally daring work to date. Weve always been in love with good songwriting and the beauty of taking a song to its fullest potential, but with this album I feel like were really becoming the band weve always wanted to be, says Barnett. Not only a creative turning point for The Menzingers, that uncompromising honesty helps fulfill their mission of leaving each listener with a potent sense of solidarity. A lot of these songs are looking at different life challengestheyre stories of people at some sort of crossroads, Barnett says. We might not have the answers for anybody, but hopefully the songs will help them to see the light at the end of the tunnel, and know that theyre not alone in whatever tough decisions theyre facing.