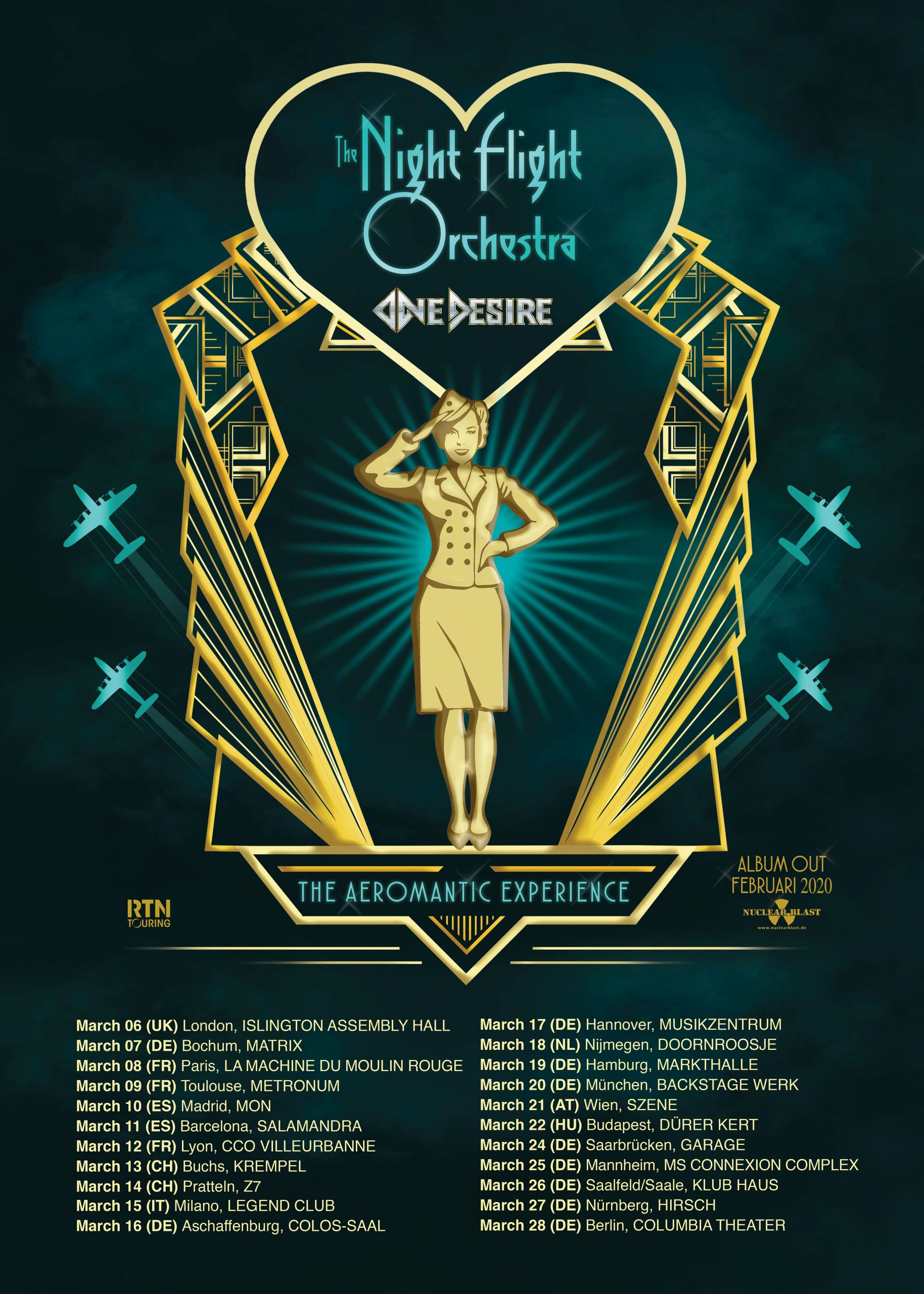 But you know what?

And now they’re ready to take it even further with the release of their new album Aeromantic in XX February 2020. This time, they’ve gone back to Earth, or at least to somewhere 10000 ft above the Earth, with an airborne soap opera about the inevitable heartbreak, the endless longing, the futile nostalgia and the occasional moments of euphoria you experience when you’re always leaving where you should have been going, traveling to where you should have been.

Aeromantic is a decadent, melancholic but life affirming assault on all of your senses. The Night Flight Orchestra has expanded their sound, and Aeromantic is an album that contains all your guilty pleasures, everything from mind-melting hard rock, sultry soul grooves, new age bleakness, shameless pop songs and death-defying power ballads. The Night Flight Orchestra have already announced a European headline tour, The Aeromantic Experience”, March-April 2020, and will also appear on numerous fetivals this summer.