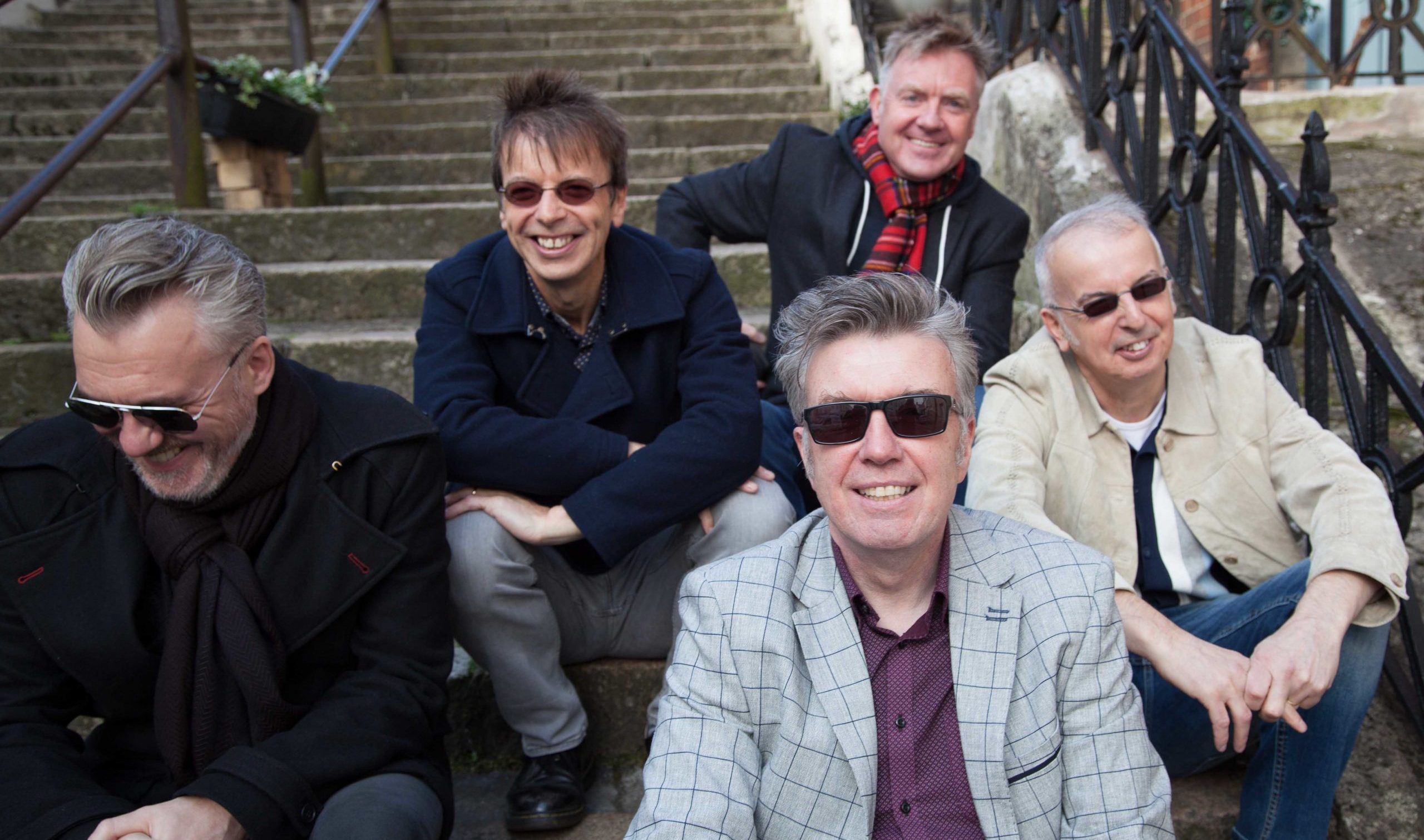 The Undertones emerged from Derry in 1976, the result of five friends (John O’Neill, Damian O’Neill, Feargal Sharkey, Billy Doherty and Michael Bradley) learning how to play basic rock and roll.

Practicing in their bedrooms eventually led to the band recording John O’Neill’s ‘Teenage Kicks’ in 1978 on Terri Hooley’s Good Vibrations label in Belfast. The legendary DJ John Peel received a copy and liked it so much he played it twice in a row on his radio show.

The Undertones signed with Sire Records and ‘Teenage Kicks’ was re-released, resulting in the band’s first appearance on Top Of The Pops. Over the next five years, John O Neill, crafted further pop gems such as `Here Comes The Summer`, ‘Jimmy Jimmy`, `You’ve Got My Number (Why Don’t You Use It)’ and ‘Wednesday Week’ whilst Damian O’Neill and Michael Bradley contributed ‘My Perfect Cousin.

After much consideration the band released an LP of new songs called `Get What You Need‘, which was critically acclaimed by Q magazine, Uncut, Rolling Stone and Hot Press. Songs like ‘Thrill Me’, ‘I Need Your Love The Way It Used To Be’ and ‘Everything But You‘ showed that the art of writing short, sharp songs had not been lost over the previous two decades.

In 2003 ‘Thrill Me’ was released as a limited edition 7” vinyl single and found its way to John Peel’s turntable. He introduced it on his show commenting, “And these are words I thought I would never be saying on radio again, a new single from The Undertones”. He liked it so much he played it twice, just as he did with ‘Teenage Kicks’ in 1978.

The band marked Record Store Day 2013 with a 7” vinyl only release, recorded in the famous Toe Rag studio in London. A return to their punk roots, ‚Much Too Late‘ sold out the 1,000 copies before the day was out.

2018 marked the 40th Anniversary of the release of their most influential and famous song, ’Teenage Kicks’. On 21st April for Record Store Day 2018 the band released a Vinyl Singles Box Set containing the 13 x 7” original Undertones singles from the classic early period: 1978-1983.

2020 should have seen the band continue to perform widely with tours in the UK,USA and Europe but Covid stopped the world in its tracks so we all hunkered down and tried to make the best of it. The bands recorded legacy was marked with a double vinyl album ‘West Bank Songs’ with sleeve notes by Mick Houghton and Michael Bradley.