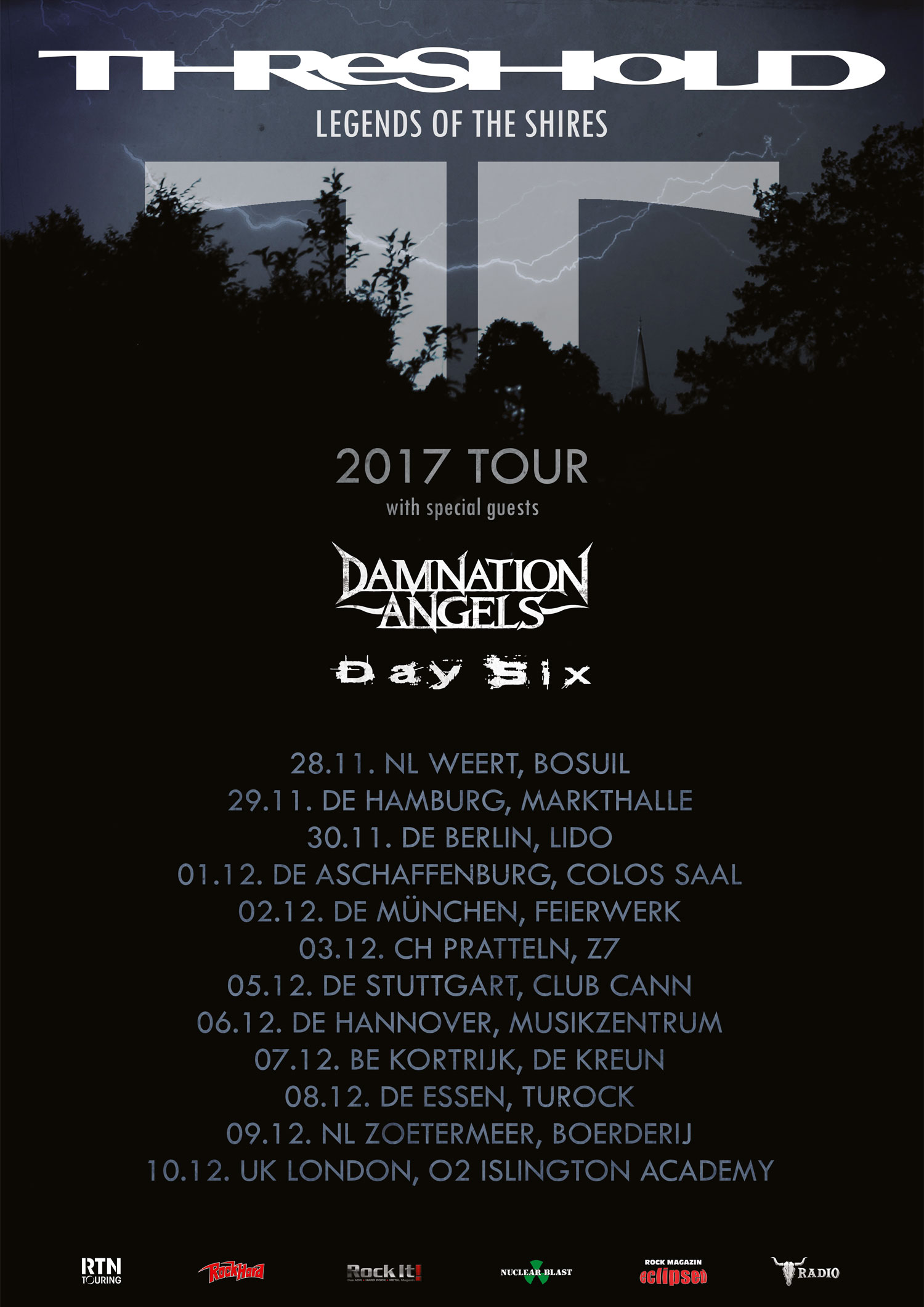 Threshold formed in the leafy suburbs of Surrey, England in 1988. The band has released ten studio albums alongside numerous live albums and compilations. They are currently signed to Nuclear Blast Records.

Threshold’s latest studio album For The Journey was released in 2014. It includes the 12 minute epic The Box and opening single Watchtower On The Moon, which was featured on the Roadkill video game. The album charted in several countries, peaking at no. 19 in Switzerland and no. 33 in Germany and Finland.

They are best known for songs such as Mission Profile, Slipstream (featuring Dan Swanö) and Pilot In The Sky Of Dreams, which has over a quarter of a million video views and was featured on the movie soundtrack of In The Name Of The King.

Threshold have undergone some personnel changes over the years, most notably on vocals with Glynn Morgan returning to the band in 2017 after a 20 year absence. Morgan replaced former frontman Damian Wilson, who in turn replaced Andrew ‘Mac’ McDermott who sadly passed away in 2011.

The band has performed in over 20 different countries and at numerous rock festivals such as Sweden Rock, Masters Of Rock, Maximum Rock, Night Of The Prog, ProgPower and 70,000 Tons Of Metal.

Threshold are currently in the studio recording their new concept album Legends Of The Shires, due for release in the autumn of 2017.