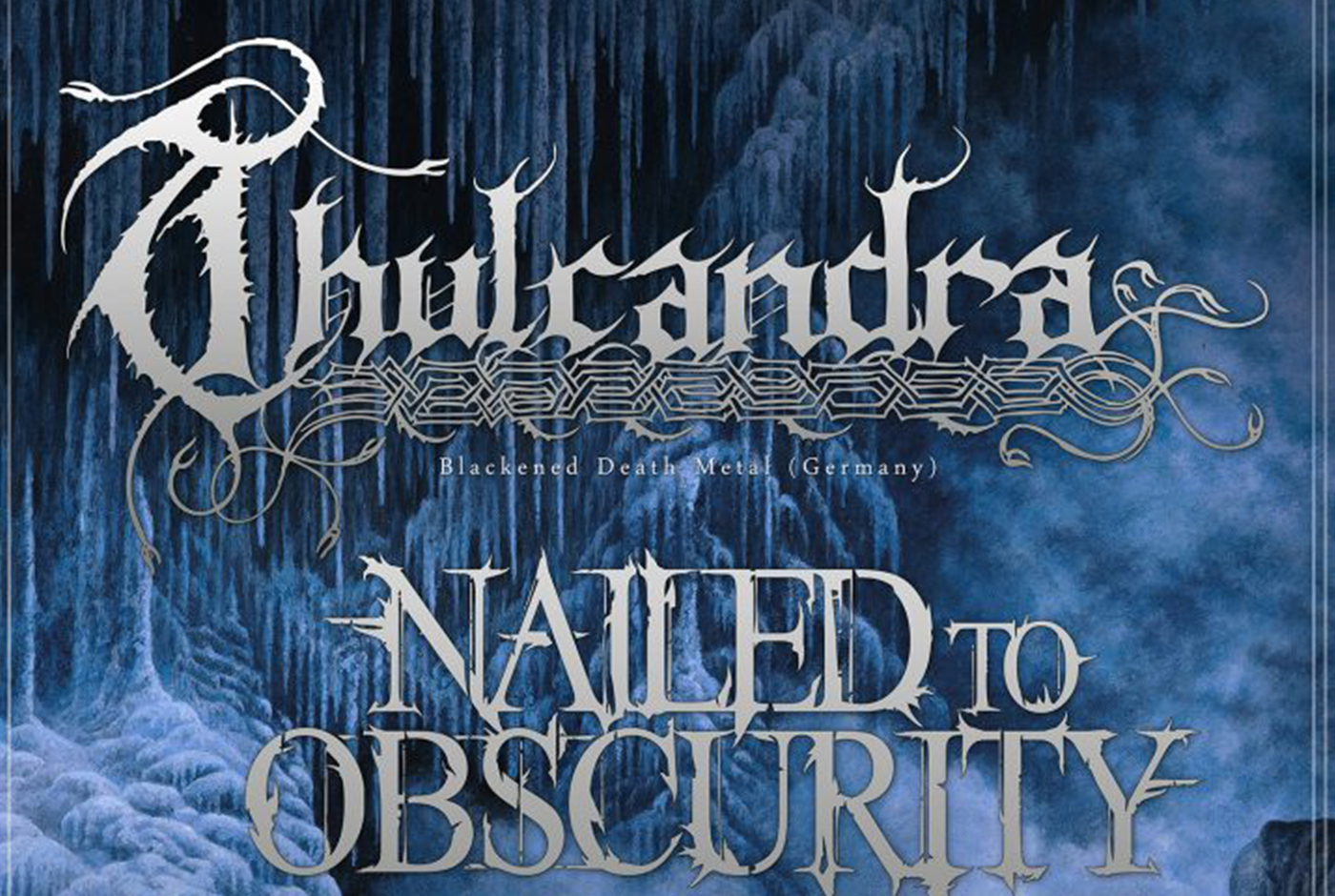 Finding the right niche, finding your own place, appreciation and identity can be a rather tedious undertaking especially if you are “just” a German doomy death metal band, and strive for sticking out of a never-ending stream of new bands that usually are as quickly formed as they vanish. Since 2005, death/doom act NAILED TO OBSCURITY – tastefully named after a track from Hate Eternal’s debut record – are working, writing, composing, battling to leave their mark on today’s scene, and in contrast to many others, successfully have evolved step-by-step musically and were rewarded with impressive results on the live circuit: Wacken Open Air in 2014, Summer Breeze in 2015, main support on selected German shows for Paradise Lost and Arch Enemy, not bad at all, right?

The reason why they have achieved all this is rather simple to explain: NAILED TO OBSCURITY work hard and sound great. After debuting in 2007 with “Abyss”, their second opus “Opaque” (Apostasy Records, 2013) presented a giant leap forward, perfectly blending classic Opeth, Katatonia’s “Brave Murder Day”, Paradise Lost, and Amorphis to a variable yet highly accessible mix that offers a constant melancholic mood as well as crushing heaviness, strong growls, infectious guitar melodies, and mounts in flawless songs that managed to win over the masses and media alike (8/10 in Rock Hard, 9/10 Metal.de, 8/10 Powermetal.de, 9/10 Bloodchamber.de etc). Where other bands seem to be their biggest own fans, the lads in NAILED TO OBSCURITY critically analyze each new riff, every live show they play between Mexico and Romania, lock themselves up in their rehearsal room somewhere in close proximity to the North Sea in Lower Saxony, spend hours setting up their new light show, and invest time in finding new gear that improves their onstage performance, to sum it up: they are not just talented, they know how to turn dedication into a strong DIY work-ethic.

NAILED TO OBSCURITY even scraped a full recording once current singer Raimund Ennenga entered the game in 2012, realizing he brought exactly the level of expression and quality the band had yearned for. Others would have lived with the dire fact, NAILED TO OBSCURITY rather took pains to have Raimund re-record the vocals and make sure “Opaque” in its final form, lives up to their own standards and vision. Fortunately, for the sophomore release, “King Delusion”, the years of hard work, hours spent on song-writing, arranging, and perfecting their live setup, paid off as NAILED TO OBSCURITY now present their most rounded off release to date. Recorded with producer Victor Santura (Triptykon, Dark Fortress, Noneuclid) at his Woodshed Studio, “King Delusion” offers melodic doom death metal transferring the aforementioned main influences into the diverse gloom of ‘Protean’, such epic sonic journeys like ‘Memento’ or the twelve minutes long ‘Uncage My Sanity’. Blessed with a warm yet transparent sound, NAILED TO OBSCURITY succeed in entangling the listener in a web of melancholic lead guitar melodies, sheer heaviness, slight progressive twists and turns, and an overall dark atmosphere that is irresistible and impressively visualized by the artwork of Argentinian artist Santiago Caruso (Stargazer, October Falls, Pentagram Chile).

So here’s to “King Delusion”, a melodic doom death opus from Germany that easily meets the high level of quality known from international acts within this sub-genre, here’s to a band who worked with diligence and determination to not “just” be a German band, but one which can conquer the hearts and souls of many fans worldwide with its third album.