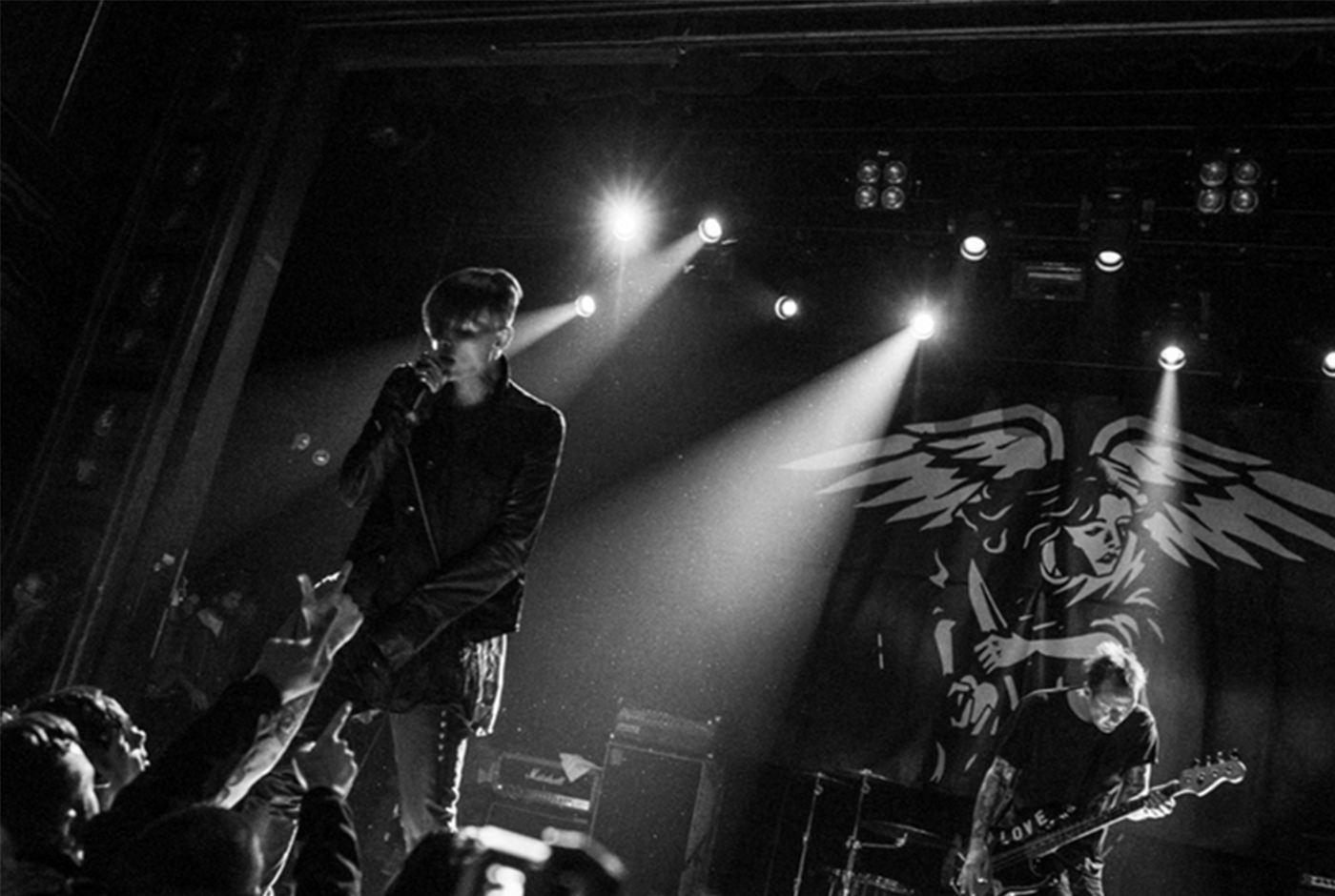 I’m beyond excited to announce this year’s line up for TogetherFest featuring YOUTH OF TODAY, AMERICAN NIGHTMARE, TRASH TALK, VANISHING LIFE and WOLF DOWN set once again to roll across Europe and the UK this February!! I thought TGF 2016 was amazing (it was) but some how we’ve managed to break through the third wall; if you love hardcore and punk rock, this tour is so truly sick you really should start training for it now.
First up is Germany’s own WOLF DOWN opening the night with the fervor and respite of their recent Incite & Conspire LP. Known to hate fascists and welcome refugees, Wolf Down bring the political heat to the TogetherFest mix, a one, two, punch with LOVE tatted on the right fist and HATE on the left.
Next up VANISHING LIFE throw down like Jaques Lacan vs. Greg Ginn. On the strength of their recent debut LP Surveillance TogetherFest will be VL’s first appearance outside of the US. Featuring members of …And You Will Know Us By The Trail Of Dead, Bad Religion, Rise Against and Quicksand, VL is a true amalgam of assassins urging you to enjoy yourself because it’s later than you think…
Only then L.A.’s TRASH TALK take the stage like a bathtub full of meth spilling into your unsuspecting eyes and ears. T.T. the band are an extension of their art collective located in one of the few remaining industrial corners of Los Angeles. Trash Talk have been touring actively since 2005 and have taken their unique strain of HC from house shows to festivals around the world culminating in their fourth full length No Peace released on Odd Future Records, crowd participation is mandatory.
This year it’s a unique honor for TogetherFest to present one of the most influential and innovative hardcore bands of the last two decades, Boston’s own AMERICAN NIGHTMARE. A.N. brought a much needed emotional depth and dark imagery to a 90’s hardcore scene that still looks and sounds like the future. A.N. pointed the way for countless bands, Glassjaw, My Chemical Romance and New Found Glory to name a few that site AN as a major influence. TogetherFest will be A.N.s first European tour since reforming in 2011.
And to close the night is the legendary Youth Of Today in classic 88’ line up, featuring Ray Of Today, Porcel on guitar, Sam Seigler on drums and yours truly on bass. Back in 89’ Y.O.T. was the first New York Hardcore band to tour Europe, seven months later the Berlin Wall fell. Coincidence? Perhaps, but after a handful of raved about Festival appearances, TogetherFest marks Y.O.T.’s triumphant return to tour form. Wake up Pegida, U.K.I.P and Donald Trump, at TogetherFest it’s time to “BREAK DOWN THE WALLS!!!”.
See you in the pit,