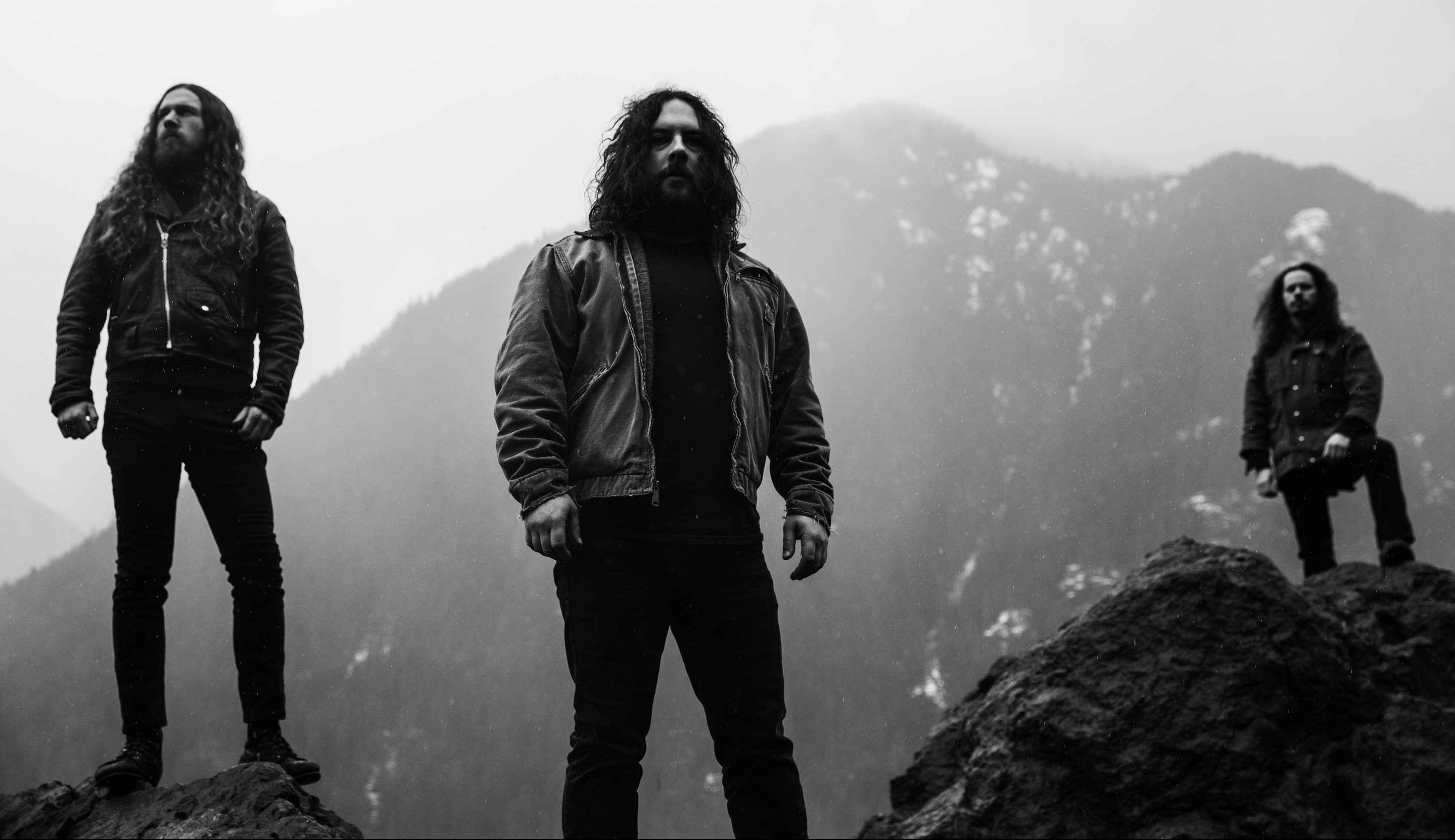 Wolves in the Throne Room re-imagine black metal as an ode to rain storms, wood smoke and the wild energies of the Pacific Northwest. Their first studio album, Diadem of 12 Stars (2006) was a genre-dissolving classic that created a melancholy and psychedelic Cascadian atmosphere.

Since that time, Wolves in the Throne Room have become one of the most potent and highly regarded bands in extreme music. The listener encounters crystalline metal riffs and ritualistic laments that sing of endless rain falling upon ancient cedars. Their music is a doorway into a mythic ethereal heathen landscape entered through music, magic and dreams.

Now, a portal into the dreamworld of Wolves in the Throne Room opens again with THRICE WOVEN. It is a glorious return to the blazing and furious Black Metal that they alone can create!

The album begins with Born From the Serpent’s Eye a true thrashing black metal epic that is bisected with a haunting northern lament sung by Swedish star Anna von Hausswolff. The band worked with metal documentarians Peter Beste and Nico Poalillo to create a video for this track which captures a bonfire-lit performance in the forest near their Olympia compound.

The Old Ones Are With Us opens with the crackling of a fire and the voice of Steve Von Till (Neurosis) invoking the springtime thaw. It then storms into a dirge inspired by 90’s Finnish doom with lyrics that celebrate Imbolc, the holy day which marks the end of winter and the first stirrings of spring.

Figures from Norse mythology intertwine with personal heartbreak and rebirth in the bleak Angrboda. The song is named after a frost giantess who birthed Fenris Wolf, a beast who was destined to destroy the world and murder the gods. Fenris Wolf also appears on the cover of THRICE WOVEN in a painting by Russian occult artist Denis Forkas. Forkas’ obscure medieval painting techniques perfectly compliment the music of Wolves in the Throne Room.

Fires Roar in the Palace of the Moon is the classic Cascadian Black Metal epic. The third eye opens to see holy rivers being born from the ice on the tallest peaks. The lyrics offer blessings to the waters of the earth as they flow from the high places to the source of darkness, the ocean.

When the band returned to the road in summer 2016, long-time touring guitar player Kody Keyworth was welcomed as a full member of Wolves in the Throne Room. On THRICE WOVEN, Kody contributes raven’s screams and some of the most brutal and dark riffs. The live line-up also features Peregrine Sommerville (Sadhaka) playing 3rd guitar and Brittany McConnell (Wolvserpent) on keyboards and percussion. The effect of 3 guitars on stage is mesmerizing and reflects the dark psychedelia of the band’s albums. 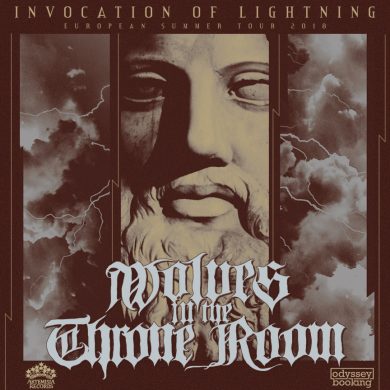 Comprised of Kirby Michel (La Muerte), Corvus von Burtle (Cult Of Erinyes) and
Marc De Backer (Mongolito), along with John Marx (Temple Of Nothing),
Shazzula (known for her experimental movie, Black Mass Rising) and Jason Van
Gullick, Belgiumʼs Wolvennest or WLVNNST is the sound of 70s krautrock paired
with blackened rituals, reminiscent of early 90s Norwegian black metal.
Churning up some utterly hypnotic, sonik soundscapery, where guitar loops,
repetitive beats, synthesizers, and darkened, hypnotic ambient vocal-sounds are
smeared into a creepy yet cinematic drone-scape (or should we actually say,
dronemusick?), Wolvennest proves that Belgium is still a hotbed of musikal
creativity. Their debut album, featuring Der Blutharsch and The Infinite Church Of
The Leading Hand members Albin Julius and Marthynna as guests and cowriters,
unfolds as such an obscure, swirling movie score – itʼs like a celluloid
screening of disturbed rituals, heralding nothing but the great olde ones!
„YOU HAVE TO NAME A THING TO MAKE IT LIVE“